Where I Stand on the Unexplained 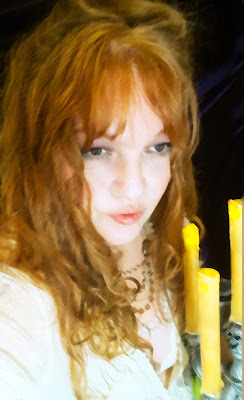 I've spent a lot of decades studying the unexplained. Some things fascinate me beyond belief and others I am highly skeptical about. Some subjects I've studied and change my mind on regularly. Other things I study I have a good grasp on the subject.


Here's where I* stand (at this juncture) on many paranormal/unexplained subjects.

*Keep in mind that we are not going to share the same point of view on these subjects, as my experience, research, and methods of reasoning are going to be unique to me. That does not mean that at some point, I won't come across something so amazing, I switch my point of view.


obsessed because I find them interesting
(not sure I have a decision on yet, just think they are cool speculation at this point)
spontaneous human combustion
hollow earth
cave humanoids
the moon as artificially placed


In these subjects above, there are some stipulations placed on parentheses. For instance, UFOs. I definitely absolutely believe in UFOs in the common way we term them as something we can't explain and doesn't appear to be ours. However, on the concept of them being from planets light years away, not so sold on that yet. I would tend to lean toward other dimensional, parallel worlds, or they have embedded culture here, such as underwater bases.

I am not sure what I think of the concept of Chupacabra, but I try to hold onto the Puerto Rican version and not the ones supposedly sighted in the continental US, as those really do appear to be hybrids and mange situations.

There is no doubt cattle mutilation exists, I am not convinced that they are due to aliens utilizing them as specimens of study. There are so many possibilities including our own government.

Mothman is an interesting one. It appears that it and Jersey Devil and a few other reported flying man-like creatures with tails or red eyes are reported around the US. Something is being seen, but I am not a fan of the popular culture of it being some kind of prophetic harbinger of doom.

I have no doubt that our atmosphere is being tweaked, but I tend to lean in the direction of countering what countries like China might be doing to try and manipulate the atmosphere. I cannot imagine for any second that a government entity would want to send poison or medication out into our atmosphere that they and their families breathe too.

I've never been a fan of the ancient aliens concept as it is laid out by the cult figure with a criminal origin who has amassed a huge following of devoted fans in spite of his shady dealings. I believe what is being pointed out is a prior culture that was quite ahead of us in the process of being the most intelligent beings on the planet. This culture spread out around the world before we even stumbled out of the location of our origins. They taught us language, agriculture, mining, metal work and more. Why did humanity take such a leap in knowledge? Simply by coming in contact with the original people or, as some of us refer to them, the Giants.

I'm totally cool about crop circles. They are amazing! Some have shown very unusual and unnatural qualities, but some are also clearly man-made. So, how do they form? Who is responsible? The more I watch "The Secret of Skinwalker Ranch," the more I think of energy spikes, portals, orbs, and happenings. I used to be 90% they are man-made in my personal point of view, but now I am at about 70%. With more evidence, that may move down to 50/50 chance being alien in origin.


Perhaps the greatest complaints I get from readers is that I do not personally believe in demons, Evil (as some kind of paranormal entity) or possession. Strangely, I have never encountered anything I do not believe in.

The mind is the most subjective of devices. There are people of strong faith who dance with snakes. They truly believe God protects them. We are capable of so many things because of our minds. The minute we believe it's possible, we enter a matrix in which it can and does happen.

There are whole books and careers based on manifesting and the concept is accurate. If you live in an anxious framework, you look for what's wrong, you anticipate the disasters that can happen, your very chemistry and decision-making are activated by it. Your world is a scary one that needs to be dodged and circumvented to lessen the awfulness.

Conversely, super successful people had a concept in their mind of success. The world is full of opportunities and ways to lead to the success that is inevitable. They look just for the positive pathways, the signs of the coming pay off, they create healthy hormones and visions that intoxicate even more with the euphoria of a winner.

I have heard horror stories about people being pushed, raped, beaten, possessed and the like by unknown forces.

If you notice, the things I believe in are pretty vast. The things I'm not quite sure about are equal to the things I really don't believe in. My mind is wide open and many valid bits of evidence help me to change my views on items. I used to never believe in shadow people and then I had encounters....

As I continue vast research on these subjects, I leave my mind wide open. I have even gotten to a place in Bigfoot research where I am taking on the concepts of portals and other parallel worlds/dimensions as being part of a natural science of our world that we humans didn't recognize because we simply don't have the senses to access it for viewing. Research utilizing the Hadron Collider and places like Skinwalker Ranch in Utah help us to expand on our "natural" world.

I look at it this way. Long ago, we had no idea about the microbial world as we couldn't see anything microscopic. Yet, it had a HUGE impact on our lives. We got to subatomic study and that brought another universe into our viewing. On a quantum level, we still are missing many components of the universe, such as understanding the dark matter and yet it makes up 85% of our universe!

When I am looking at the unexplained, once I know a phenomena exists, I am looking to theoretical physicists to come up with notions that explain what might be happening and allow us to perhaps find ways to weigh, measure, and track the origins of these parts of the universe we cannot see and yet they affect us greatly. Once we uncover these, new universes are open to us and greater understanding of how it all works together. Each time we find the un-seeable, we access some greater truth about life.

I think most of us in the arena of para-research understand that this is all interrelated.