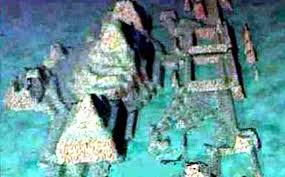 There are sunken cities found around the world that defy the typical timeline of man touted by archaeologists (who have the interests/agendas of their patrons to honor).

Let's take a look at three amazing ones with ages that are so jaw-dropping, they are mind-spinning! 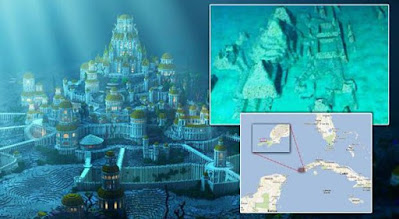 In 2001, an imaging company employed by Cuba did some sonar imaging around the sea. To the west of Cuba, their images showed something unusual and what looked uniform and purposeful.

The only problem with the finding is that the city would have to be over 50,000 years old given the water levels.

After the finding, there was much conjecture and the story sort of faded into obscurity. It might have been the times in Cuba in the early 2000s or the overall planet-wide directive to hide things that do not fit into what we know about super-awesome-homo-sapiens rule of the planet.

It would appear researchers looking at the items from the Cuban coastline see similarities with Lake Titecaca in South America. They are going by the premise that this civilization was on a set of islands that sank.

And, meanwhile in India - 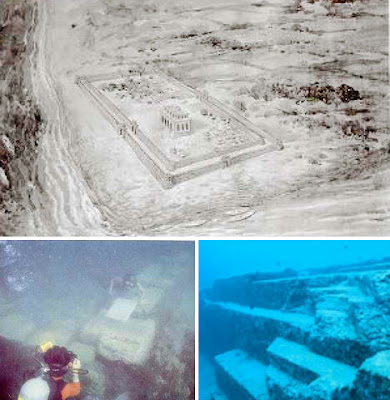 Off the shores of India in the Gulf of Cambray, a city was discovered. It was referred to as Dwarka. Over time, it became an underground city, but is said to be more than 9000 years old. The oldest remains in the subcontinent were 5000 years old. Hmmm.... It was said the kingdom of Dwarka was ruled by Krishna. 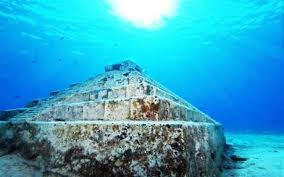 Above is a photo of the Yonaguni Pyramid off the shores of Japan. There has been much debate since they were found by a diver, as many want to credit the huge monolithic structure as designed by nature.

Aging this by water levels, if it is a man-made structure, it is over 10,000 years old. Some have referred to it as the lost continent of Mu. For some reason, geologists are pushing hard to say it happened naturally, while others are not buying it.

We can glean a few conclusions on such finds and these include that man (or a prior form of man) was building megalithic structures over the entire planet so long ago that many important structures are now under the sea.

At some point, hopefully, a couple brave and influential archaeologists and anthropologists will step out of the cloak of endowment and finally say what we already know - we were not first upon the earth and what we know now is likely from studying the prior people. They earned the knowledge. We simply reverse engineered it.

This might be why technology is such an obsession with man today. We found some cool amazing tools when we were running around with spears and have forever pondered how the gods built their residences. Even today, we still ponder how megalithic structures were built.

Any indigenous people taking credit for such structures on their land today are simply second owners that can't tell you how it was built or what it was used for. They simply adopted it for their uses, assuming it was a home of the gods.

We still debate the building of the pyramids and apparently the Egyptians had heiroglyphics and could have been precise in their pride of how they were built, but did their ancestors archive such info? What about Easter Island and the Rapa Nui who spoke of the long-earred ones who were prior? Can they tell you how they built the Moai statues and can they read the rongorongo language? 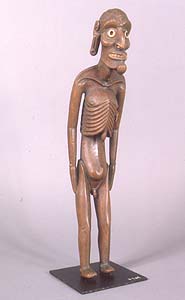 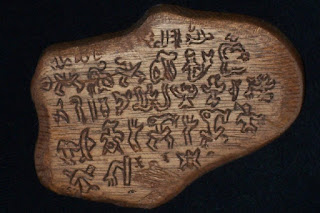 As long as our educators, religious leaders, and overly proud governmental entities tell us the story of our heritage, we have to work artifacts into that framework. If you find a place like Pumupunku, you must credit the local Native People, right?

After all, who else was there?

And, therein lies the great mystery yet to be answered once we are freed up to admit that the puzzle pieces do not create the picture we were shown.