Movies With Aliens as Friends 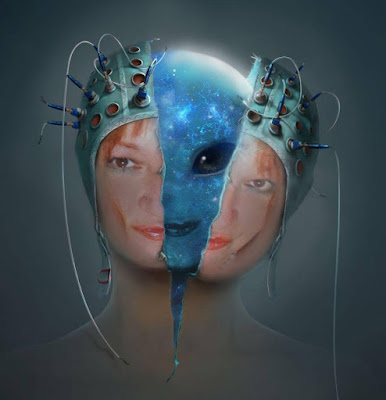 Alien movies abound, but we rarely see them portrayed in a positive note. Let's have a look at some of the more upbeat ones with enlightening messages or just plain hilarious fun.

This 2011 movie is my very favorite of this genre. I love Paul. I want my very own Paul. Simon Pegg and Nick Frost ("Shaun of the Living Dead") did a fantastic job with this flick and Kristen Wiig was hilarious!

You know that friend who is a bad influence but also would jump in front of a train for you? That's Paul the alien, trying to get to the meet-up spot with his ship to leave Earth after the government holding him captive for decades.

Supersonic Saucer (LINK to see on YouTube)
1956. A group of schoolchildren come upon an alien from Venus, and help him against a gang of criminals who are trying to kidnap him.

Close Encounters of the Third Kind (LINK to buy)
*1977.  Roy Neary, an electric lineman, watches how his quiet and ordinary daily life turns upside down after a close encounter with a UFO.

Starman (LINK to buy)
1984. An alien takes the form of a young widow's husband and asks her to drive him from Wisconsin to Arizona. The government tries to stop them.

This is another all-time favorite and Jeff Bridges did a great job as this alien.

E.T. The Extraterrestrial (LINK to buy)
*1982. A troubled child summons the courage to help a friendly alien escape Earth and return to his home world.

The People (LINK to see on YouTube)
1972. A young woman is assigned to teach school in a secluded valley whose inhabitants appear stern, secretive and anti-pleasure. Following two children who disappear to play in the woods, she finds that this is actually a community of extraterrestrials with mild paranormal powers who are attempting to repress and deny their heritage for fear of arousing prejudice and hatred in their human neighbors.

Kim Darby did a good job with this subject matter. I enjoyed this film. It was something new and different.

Earth to Echo (LINK to buy)
2014. After receiving a bizarre series of encrypted messages, a group of kids embark on an adventure with an alien who needs their help.

*It is interesting to note that Spielberg did two films with positive alien encounters.