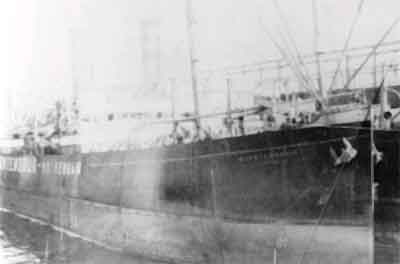 In the late 1940s, near Malaysia and Sumatra, a ship was found adrift in the sea. The unknown ship had posted a distress call that was chilling -

“All officers including captain are dead, lying in chartroom and bridge. Possibly whole crew dead.” This communication was followed by a burst of indecipherable Morse code, then a final, grim message: “I die.” This cryptic proclamation was followed by tomb-like silence.

American, Dutch and British ships all heard the distress call and began to triangulate where it might be located.

The American merchant ship that reached it, tried to hail the captain of the Dutch vessel, but no reply.

It was a chilling sight that befell the crew that climbed aboard the distressed ship. They found the deck littered with bodies. 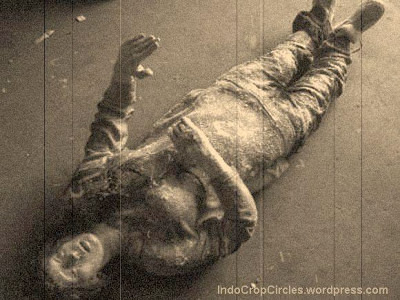 The bodies arms were extended as if to ward someone off, their mouths open in agony and eyes wide open.  Even the ship's dog was dead with a snarl still on his face.

The communications man was found with his fingers still on the telegraph and the captain was dead at this helm, as well. They all had looks of horror on their faces.

The search team moved then into the boiler room below where, even though it was hot, they felt an odd chill. There were bodies there, as well.

They decided to tie the ship to their own and tow it back to shore but did notice a strange smoke billowing from the lower decks.  When they witnessed this, they cut the tow lines and just as they did, the ghost ship exploded with such force, it went up in the air and then hit the water, sinking immediately.

Interestingly, no paper trail existed for the Ourang Medan when they began investigating it.  Ourang meaning "man" in Indonesian, it was believed it was perhaps from Sumatra.

Historian Roy Bainton did exhaustive research and after finding a brochure from Germany about the ship, came to the conclusion, "“…there is a tantalizing, possible explanation as to her crew’s demise and her disappearance from the records. Mielke mentions a mixed, lethal cargo on the Dutchman ‘Zyankali’ (potassium cyanide) and nitroglycerine.”

With deeper research, it appeared the Japanese were testing all manner of weapons and these ingredients might have been on their way to researchers who might have used them against America.

It was the historian Bainton's assumption that once she blew up with chemicals on board, it was a great embarrassment to admit they were helping the Japanese, and so they made the ship's records "disappear."

Other theories have abounded including a Philadelphia Experiment type of shift from one realm to another, causing the crew to not survive and methane bubbles escaping from the sea. Vincent Gaddis wrote in his 1965 book "Invisible Horizons" that carbon monoxide leak might have been the culprit. This is actually what I thought of when I first heard about it because it's not uncommon on ships. In fact, they've had problems reported with that on houseboats and other ships.

Lastly, some came to the conclusion it was a hoax and the ships in question didn't exist and can't be found. The American rescue ship apparently was renamed later.

Ultimately, so far as ghost ships go, the Ourang Medan was definitely one of the more creepy ones!