Giant Legends of the Celts 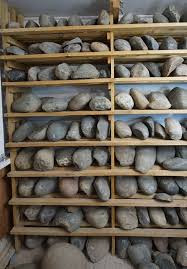 Great Orme Mines in Wales have been a bit of a puzzle. Some of the hammers coming out of there were so very heavy, up to 64 pounds, that they defy logic for the common man to wield. 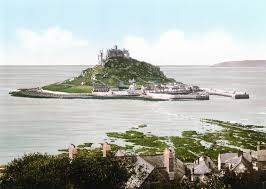 Source:  The giant eventually known as Cormoran is attributed with constructing St. Michael's Mount, a tidal island off Cornwall's southern coast. He accomplished this by carrying white granite from the mainland at low tide to build the island. In some versions, he is aided in the task by his wife, Cormelian, who carries the stones in her apron. According to one version, when Cormoran fell asleep from exhaustion, his more industrious wife fetched greenstone from a nearer source. When she was halfway back the giant awoke to discover Cormelian bringing different stones than he wanted, and kicked her. The stones fell from her apron and formed Chapel Rock.

From his post at St. Michael's Mount, Cormoran raided the countryside for cattle. He was distinguished by having six digits on each hand and foot. Folklorist Mary Williams reported being told that the skeleton of a man over seven feet tall had been found during an excavation at the Mount.

Cormoran is often associated with the giant of Trencrom in local folklore. The two are said to have thrown boulders back and forth as recreation; this is given as the explanation for the many loose boulders found throughout the area. In one version, the Trencrom giant threw an enormous hammer over for Cormoran, but accidentally hit and killed Cormelian; they buried her at Chapel Rock. 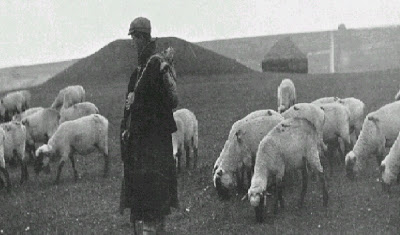 SOURCE:  A GIANT'S SKELETON. ENGLAND. The complete skeleton of a' human giant has been unearthed at Holbeach during excavations for the foundations of new houses. Every bone is in perfect condition, not a tooth is missing, and the skeleton measures no less than 7 feet 2 inches. Near the bones was found a curious key. Stukely, the antiquary, who was born at Holbeach, records that at the spot where the discovery was made there formerly existed a chapel dedicated to St. Peter.

Source:  Phoenician Origins of Britons and Scots, 1925. And it was presumably early pioneer stragglers of this same Nordic race at the end of the Old Stone Age who are represented by the "Red Man" of Paviland Cave, in the Gower peninsula of Wales, of the mammoth age, and the "Kneiss Chief " in the stone cist at Keiss (Kassi?) in Caithness. Both of these are interred with rude stone weapons, and are of the superior and artistic Cro-Magnon type of early men, which seems to have been the proto-Nordic or proto-Aryan. Indeed, the associate of the Keiss chief had a cranium described by Huxley: The Keiss chief is described by Laing as "tall man of very massive proportions", lying extended with face to the East. Huxley found his cranial index was 76, with projecting eyebrow ridges which gave the forehead a "receding" aspect and the forehead "low and narrow." 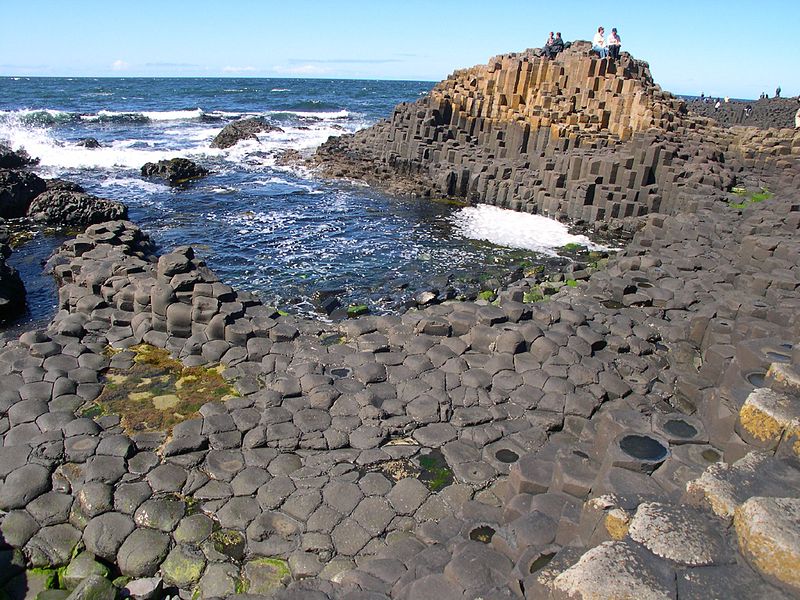 Although the Giant's Causeway in Ireland is a normal geological volcanic feature, it is another example of a land feature associated with giants. The legends often tell of rock structures and formations that were giants in various methods of capture by nature. It's interesting that man continued to tell of giants and recalled in the stories their association with rock. 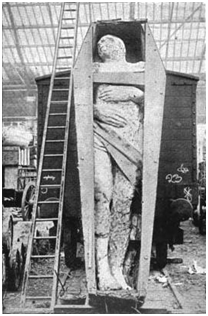 A titillating article in "The Strand" in 1895 claimed the remains of an Irish giant over 12 feet 2 inches was discovered. This was not verified although commonly accepted as fact. Whether this giant was unearthed and went missing, we will likely never know, but any culture that claims extraordinary finds and has also had archaeological finds to support potential ancient giants shows a culture that knows its history and honors it. 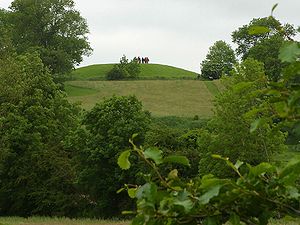 Navan Fort:  An ancient monument in County Armagh, Northern Ireland. According to Irish mythology, it was one of the great royal sites of pre-Christian Gaelic Ireland and the capital of the Ulaidh. It is a large circular enclosure—marked by a bank and ditch—with a circular mound and the remains of a ring barrow in the middle. Archeological investigations show that there were once buildings on the site, including a huge roundhouse-like structure. The site is believed to have had a pagan ceremonial purpose. According to theOxford Dictionary of Celtic Mythology, "the [Eamhain Mhacha] of myth and legend is a far grander and mysterious place than archaeological excavations supports." 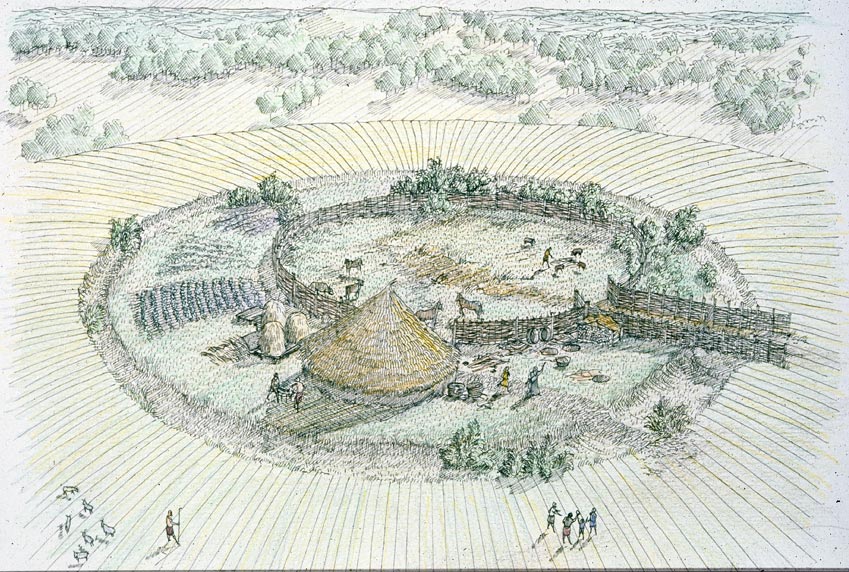 Oddly, during the dig, the skull of a Barbary Ape was found. The ape skull from the roundhouse was subsequently radiocarbon dated to c. 390-20 BC, placing it firmly in the Early Iron Age. During this period it is likely that wild Barbary apes were largely confined to North Africa, which suggests that the Navan Fort primate underwent a considerable journey to reach Ireland.

Stonehenge has remained an ongoing puzzle for researchers. Some have taken the thought that it was originally a building and used for perhaps fortification and protection but then later generations of people used it as a shrine of sorts for pagan rites. This might also show that the buildings of giants might have been adopted by Natives and utilized for sacrifices and memorials for the "gods."

The UK is rich with giant legends and supposed finds of extraordinary robustness, as well as ancient astronomy and stone megaliths that lean toward that arm of humanity. Seas and mining - two features well associated with the giant culture are abundant in this region and make it, yet again, another desirous place for the "originators."