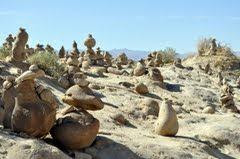 In California' Ocotillo Wells Sand Hills you can find an area called "Little People." A search on Google Earth shows a photo from the site. 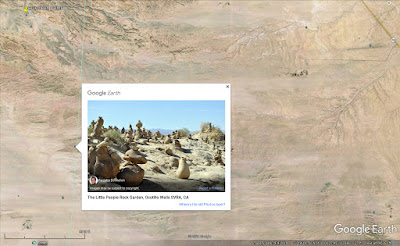 It began with a memorial and later more people joined in, leaving rock stacks of little people in memory of those they missed or those who were missing the trek.


I highly recommend DesertUSA site to learn tons of amazing things about the deserts.

On the subject of little people and the west, there have been some finds in the Western US of tiny skeletons of great interest. Most tribes in the west also have oral legends of little people. 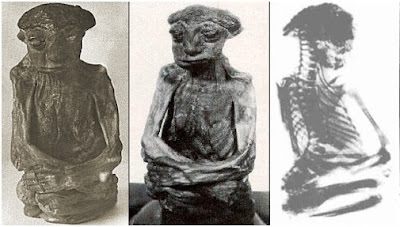 For more info, read my post on the population of little ones around the world. LINK