Bigfoots Around the World Have a Commonality: DNA! 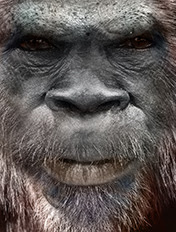 It stands to reason that if Bigfoot were under the genus of homo, they should have "races" among them.

In my research, I have tried to backtrack Bigfoot to figure out where their ancestors come from. What I have found is that wherever a Bigfoot being is reported, the local population have the DNA of Denisovans.

It seems coincidental, but let's really look at this ancient man and today's people who carry a trace of the DNA. 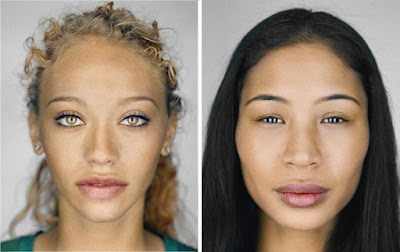 Depending on Homo sapiens isolated locations, climates, diet, and interbreeding in closed communities, we have managed to create many races among our people. The same can be said of Bigfoot.

If we want to understand how Bigfoot could possibly be Denisovans, let’s do the logical thing and see if today DNA of Denisovans shows up in people of various regions around the world and if in those same regions today Bigfoot or Bigfoot-like people are seen. 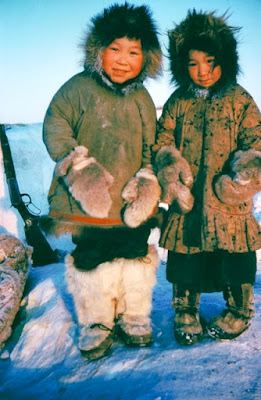 Inuits carry some Denisovans DNA. These Native People of the Arctic Circle are a hearty and well-adapted people. (also included with Inuits, we can likely add Pericues, Karankawa and Yaghan of the Americas who showed strong evidence these coastal people were of another lineage than Amerindian/Asian origin).

Denisovans DNA in Inuits shows that they passed on a gene to be adapted to cold climates. This is also interesting as today's Bigfoot has no issues with cold climates and even Alaska, high elevations as well, contrary to researchers who claim they migrate (hee hee).

In North America, we also have reports of what I like to call "Homo clivus frons" (sloped forehead people). Here, we call them a few different names, but most popularly Sasquatch and Bigfoot. Reports of them are especially strong in the Sierras, Cascades, Rocky Mountains, and Appalachia. 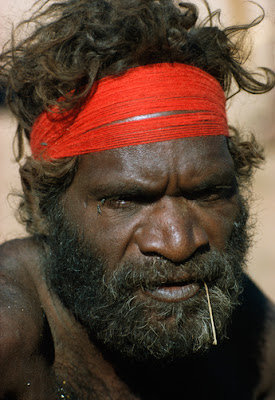 The aboriginal people also carry ancient Denisovans DNA in their makeup. As well, on their continent, there are Native legends of giants and today reportedly what could be a race within the Bigfoot family, referred to as "Yowie."

Aborigines are the oldest isolated civilization there is on Earth and these people grow hair on their faces and bodies unlike many other indigenous people. They have a head shape that is indicative of South Pacificers, a sort of pentagonal shape in the back and a rocker jaw. 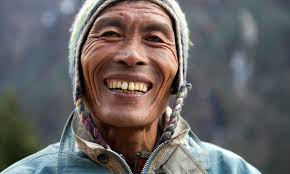 From the mountainous region of China's borders with Himalayas, Siberian Altai mountains and Mongolia, we find the original remains of Denisovans in the Altai Mountains.

In these mountainous cold regions where Denisovans were settling and making sophisticated tools tens of thousands of years ago, we today have sightings of "Alma" (Siberia), "Yeren" (China) and "Yeti" (Himalayas).

The Sherpa people share DNA with the Deniovans from long ago and that very DNA helps them to tolerate high elevations with thinner blood as well as a metabolism that uses only 50% increase to carry their own weight on their backs whereas the rest of us use up 100% increase in metabolism to try to carry that load.

Breeding naturally brings recessive traits and dominant traits into play and we can create billions of different faces and coloring around the globe. So it would seem with the Bigfoot who are often reported to have a face thrust forward almost muzzle-like or looking extremely Homo sapiens. Some have broad noses and dense dark hair, some have slender noses with sparse hair. All these variations are normal within isolated breeding groups and those that venture out and breed with isolated groups.

For you and me, we can travel the world by ship or plane and meet others, mate with other races quite readily. For the Bigfoot family, it is a matter of great isolation, even within one content the clans are rather isolated and have different characteristics. This is prominent in the United States where some regions see very tall ones, others very aggressive ones, some with a good deal of white-haired ones within a clan's range, hairier ones, less hairy ones, ones that look more like us, others that seem almost primitive-like with their features.

Denisovans also had a gene to help them adapt to new environments, so a mountain-evolved people could take to the South Seas and have no issues with adaptation, and different adaptations and "looks" on various contents over tens of thousands of years. (LINK)

And, if we take this information a step further, Australia, Siberia, China, America - have all reported the digging up of ancient giant bones.

For more on this subject, read my entire paper about the Evolution of Bigfoot.