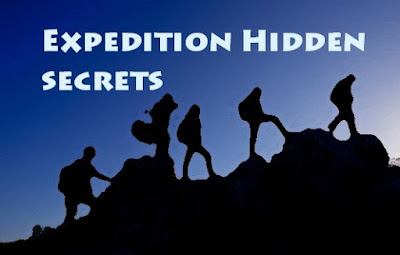 When the team is prepping for another expedition, I tend to watch my favorite slew of adventure movies to get in the mood. Sometimes, watching these reminds us there are still secrets in the world, still hidden treasures, ancient finds. In fact, I will be so bold as to say, less has been uncovered than is out there to still be discovered.

Here's some of my favorite Action Adventure films to ignite the discoverer in me.

A timid romance writer meets a daring opportunist in the jungles of Columbia and they go in search of the giant emerald that might free her sister from captivity.

To stop someone from stealing the Declaration of Independence, a researcher must steal it himself and solve the masonic riddle to find the nation's biggest treasure.


Journey to the Center of the Earth

A team led by a scientist drops into a volcano in Iceland to discover the legendary center of the earth.

A timid anthropologist finds herself being guided by a rebel and a rogue to a supposed pyramid temple only spoken of in legends. The curse upon the pharaoh, however, puts a kink in things.

To prove dinosaurs still live, a professor takes a team to a plateau in the Amazon to be faced with the ultimate terror.

Raiders of the Lost Ark

In the 1930s, an archaeologist is sent out to find the Ark of the Covenant before the Nazis do.

My suggested snack is Puppy Chow (aka Muddy Buddies)