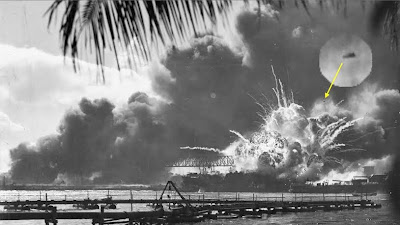 While colorizing historic photos for Pearl Harbor's anniversary, MK Davis, film and photo expert and astrophotographer, came across something odd in the air.

This phenomenon has been reported at many cataclysmic and historic events.

How would aliens know about such events happening?

Well, one explanation could be time travel capabilities to come and witness events that were key for the people of the earth and their evolution as a species.

In fact, it's entirely possible that the comings and goings of UFOs is simply their skipping through events and times, showing up even in the Renaissance Era where they were incorporated into paintings and even in ancient man's cave drawings. 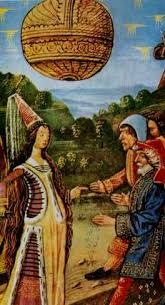 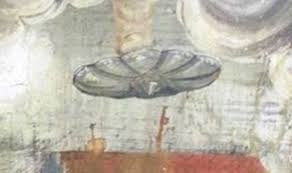 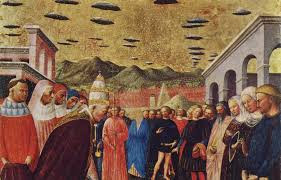 
Is there any possibility that there is pre-knowledge of our future by those navigating these craft? They seem to uncannily be there during such tragedies.