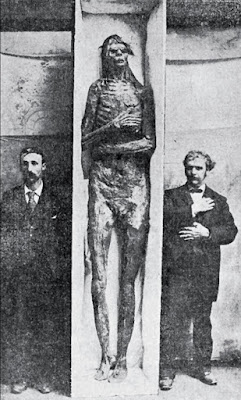 As citizens of the human race, we have evidenced hoaxes right and left of exceptional claims. Because someone hoaxed a hit and run to gain insurance reimbursement, it doesn't mean there aren't hit and run accidents. And so it is with ancient giants. A real sideshow game-changer of the late 19th Century and early 20th Century would be an oddity of such grand proportions. Let's look at some of the hoaxes to better understand what they represent - acceptance of a giant prior race. 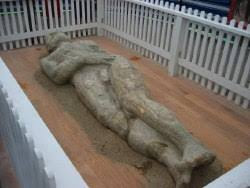 This statue was carved out of gypsum in 1868 and then sent to a man in Binghamton, New York who proceeded to pretend it had been quarried out of a well that was being dug. It was touted as a 10-foot, petrified, prehistoric man. 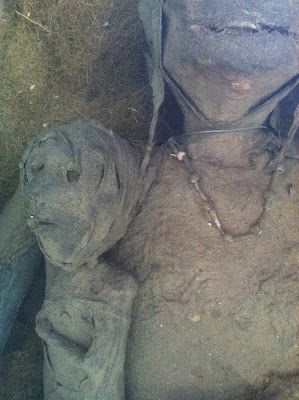 "The Thing!" A declaration sported on billboards around the southwestern US tout you can pay $1 and see this mummy. In Dragoon, Arizona just southeast of Tucson on I-10, you can find the gift shop. You pay $1 and follow the footprints 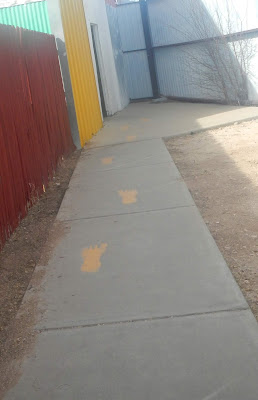 To outbuildings where the are interesting historic and artistic displays of odd unrelated items. Then, you finally get to the building with The Thing! 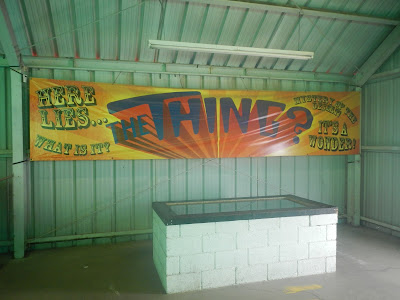 This really is worth the trek as it's about as mid century cheesy and "Gargoyles" movie feeling as you can get. Amidst the hangar-like buildings and scent of desert dust, you encounter a piece of pop art.

Artist Homer Tate created this mother and child mummy in the 1950s, along with many other figures for sideshow consumption and pop art collection.


Many have worked with great zeal to prove that claims of ancient giants in old newspaper clippings, accounts from witnesses, and Smithsonian interventions were 100% all hoaxed, but discerning researchers look for key elements in the accounts to realize a very real ancient civilization. They find patterns of pilfering of relics and institutions absconding with finds so that proof is lost forever.

It is my personal belief that more giants remain in the earth/caves than have been found. When one is uncovered in these modern times, having the knowledge "go missing" is nearly impossible with the Internet. It is then that we answer the question and turn it from legend to historic fact.