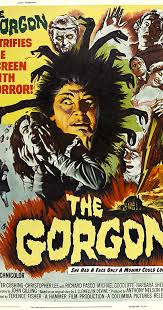 
These two legends have fascinated me since I was a kid. 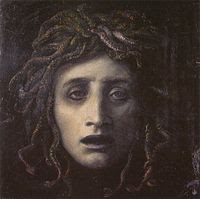 Here's a basic description of Medusa: The medusa was an ugly creature. Let's have a look at how she came into existance, for she wasn't always that ugly... Again, the Gods played their role. The Medusa was the daughter of Phorkys and Keto, the children of Gaia (Earth) and Okeanos (Ocean). She was one of the three sisters known as the Gorgons. The other two sisters were Sthenno and Euryale. Medusa was the only mortal out of the three.

She was once very beautiful and lived far in the north were the sun didn't visit. Being very curious, she wanted to see the sun, and asked the Goddess Athena for permission to visit the south. Athena refused to allow her to visit.

The medusa got angry and dared to say that Athena hadn't given her permission because she was jealous of her beauty. that was it! Athena was angered and punished her by turning her hair into snakes and cursing her by making her so ugly that who ever looks at her eyes would turn into stone.

And then there's Pandora's Box - a blessing? A curse? 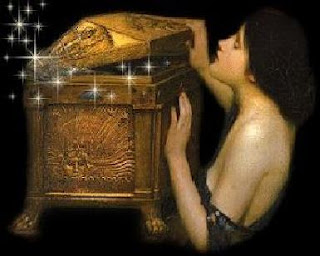 Here's the story of Pandora's Box: "Prometheus was a Titan who really liked humans. He helped them in any way he could. When he saw them shivering at night and eating raw meat, he knew they needed fire. But the gods did not allow man to have fire. They knew that man would misuse it and destroy with it. Prometheus was sure that the good man did with fire would outweigh the bad, so he stole fire from the gods and gave it to man.

Zeus decided to punish Prometheus with trickery. He called Aphrodite to pose while Hephaestus made a clay figure of a woman. Then he brought the statue to life. The gods granted the woman with many gifts including beauty, charm, cunning, wit, eloquence, deceit, skill, and curiosity.

There, a vulture came daily to feed on his flesh. Prometheus's brother, Epimetheus, accepted Pandora as his wife, and the couple settled down for a happy life. But Pandora always wondered what was in the box Zeus gave her.

Finally she couldn't hold her curiosity down anymore. She opened the box, and from it flew hate, anger, sickness, poverty, and every bad thing in the world. She slammed the lid down and managed to trap the final evil still in the box: hopelessness.

So today, even when the going gets tough, every human still has hope."