Animal Skills Found in Humans Too. Bigfoot, as Well? 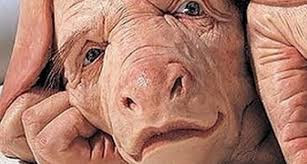 There are some skills and traits found in creatures of Planet Earth that are fascinating and unique, and some that we humans would be surprised we share with them. And, the implications for another form of human, Bigfoot, makes much of their mystery no longer magical, but perhaps rooted in scientific fact.

Here's just a few oddities found in animals that we have humans have too (and possibly Bigfoot, as well)!

Sensory Hairs
Hair cells are the sensory receptors of both the auditory system and the vestibular system in the ears of all vertebrates, and in the lateral line organ of fishes. ... In mammals, the auditory hair cells are located within the spiral organ of Corti on the thin basilar membrane in the cochlea of the inner ear.

In my post about Bigfoot hair, I have postulated what it would be mean if their body hairs also picked up environmental cues. LINK TO POST

Echolocation
Humans can actually learn to echolocate as many blind people have taught us. Apparently the human ear tends to suppress echo so we can better hear a sound. Blind people have learned to detect the echo that our brain usually makes us ignore.

In regards to Bigfoot, imagine if they were able to focus on those echoes instead of the original sound? Might they be able to tell when you are creeping around the forest? 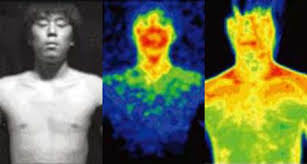 Bioluminescence
Bioluminescence is a biological process through which light is produced and emitted by a living organism resulting from a chemical reaction occurring within the body of the organism.

As vague as bioluminescence in humans may sound, recent scientific research has successfully proven that the human body emits very low intensity light which is invisible to the naked eye.

If their eyes are adapted for nighttime as they show evidence of, Bigfoot might see our bioluminescence and realize there are humans afoot in the forest.

Sounds at a frequency too low for human ears to detect is used by animals such as alligators and elephants. We know that our bodies do detect the vibrations with uncomfortable sensations. We didn't think humans can reach infrasound until a man was registered at making sound at that frequency due to extra long vocal chords.

In the case of Bigfoot, infrasound would easily be produced by size alone and then utilized to either connect with otherse in the vast wilderness, as infrasound travels over many miles, or could utilize it to nudge us away with uncomfortable sensations of panic, disorientation, headaches, nausea, and feelings of being watched.

We have also learned that our body can generate very low frequency mechanical sounds.

LINK: It is known that the human body can generate mechanical vibrations at very low frequencies, so-called infrasonic waves. Such low-frequency vibrations are produced by physiological processes—heartbeats, respiratory movements, blood flow in vessels, and other processes.