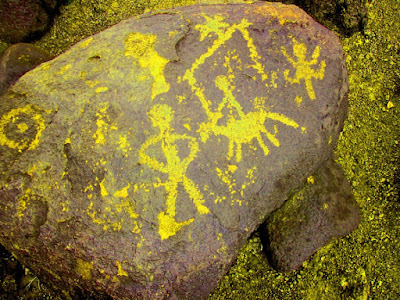 (Enhanced color to show the image better)
Man on a horse in around 1100 AD in Arizona?

The ancient Arizona tribe called the HoHoKam have long been pondered as to why they went "missing." They were firmly established in what is now the Greater Phoenix Area and surrounding lands. But then between 1350 and 1450 AD, they went missing.
Many believe two newer predominant tribes, the Pima and Tohono O'odham, are descendants, but there has been no way to validate this. 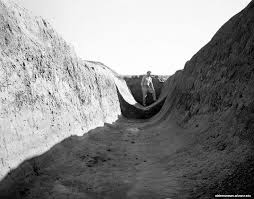 Experts think that the tribe left when there was prolonged drought but that makes no sense, as the Gila and Salt Rivers were their base of operations for an extensive canal system built between 650 AD and 1450 AD. One of the issues with this explanation is that other tribes had come into the Valley area and were living and continued to live despite long-term drought. Theirs was the biggest and oldest canal system in America. We can agree they were a very knowledgeable and hard-working tribe with a great deal of man power to build canals to service 100,000 acres. 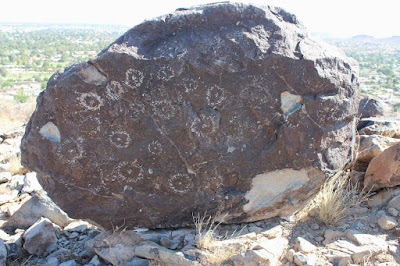 Shaw Butte in North Phoenix was an arrangement of petroglyphs,
boulders and rocks that aligned with the solstices, making it an early observatory.

The Casa Grande Ruins ("Great House") in Coolidge, Arizona, south of Phoenix, were built by the HoHoKam and the walls lined up with the cardinal directions and windows aligned with sun's movement. It is believed to be an early astronomical observatory of huge proportions. 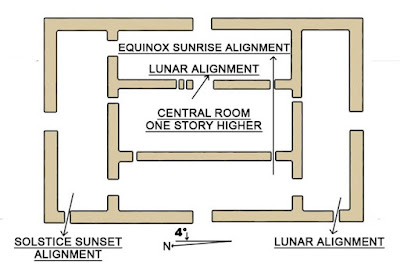 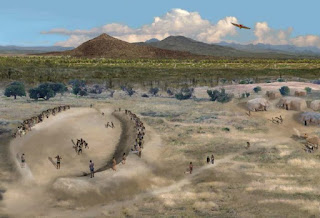 The HoHoKam had built huge ballcourts. These were common among MesoAmericans and over 200 were found in the HoHoKam lands.

Is it possible the HoHoKam were assimilated into other tribes that moved into the Valley of the Sun in the 1400s and 1500s? It wouldn't necessarily make logical sense for a few reasons. One reason is that they left behind some advanced technology that did not seem indicative of entering tribes. They also would have had to suddenly decide to not be a cohesive tribe with advanced technology but instead marry out into other tribes, losing all their collective knowledge. As well, the knowledge and technology they exhibited should have continued on and grew to greater heights with their assimilation into other tribes. The buildings they utilized would have continued to be inhabited past 1450 when they went "missing."

If lack of water sent the HoHoKam to other locations, why did entering tribes around that period claim they assimilated them? The hardest part of understanding our Native History is that without documentation, much remains unknown. We must look at influences in art and architecture to see if we find traces of the tribe that went missing.

Here's some of their intriguing petroglyphs - 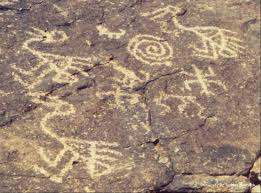 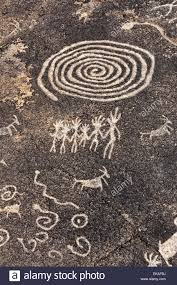 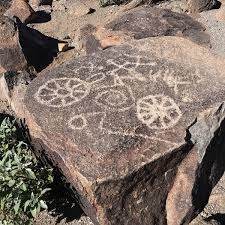