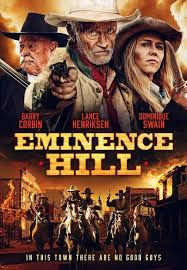 As an indie filmmaker of a sort - writing/directing/costume/makeup/production, and more - I am extremely supportive of filming in Arizona. In fact, our team "State 48 Films" focuses on doing feature films and streaming TV series work here locally.

For some time I've been following a director with enormous promise. Robert Conway hit it out of the park with this award-winning film coming out today.


A trail of revenge leads a notorious killer and a lawman to a town of fanatics. Blood will flow.


This will be released on DVD, VOD and some limited locations. It recently won best feature at a film festival. Best song too, I believe.

I cannot wait to see this one!