How To Host a Horror Movie Marathon 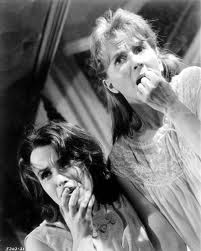 Movies: "The Awakening," "The Changeing," "The Haunting," "The Legend of Hell House," "House on Haunted Hill," "The Uninvited," "Woman in Black," "Ghost Story."