"Ghosts of Morgan City" and Ben Hansen on Travel Channel 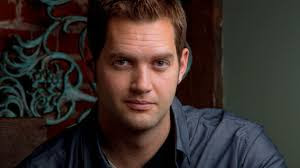 I have a pleasant memory as season 1 of "Fact or Faked" was wrapping up and Ben Hansen was gracious enough to let me interview him when he was in town.


I got a great sense of what Ben wanted to do. He described a show that went after activity as it was reported - sort of like a para news team that could role in and check evidence while it's fresh.

It took several years to garner the interest and the ability to make it happen, but Ben wisely chose Travel Channel (instead of Syfy) to launch a show that would gather a huge fan base because it was the ghost show we had been waiting for.

I'm very proud of him after watching "The Ghosts of Morgan City." This show was the best ghost show I have seen yet. And it also meets his criteria of being a mobile team on the scene when things are hot. The response from the public about the show has been tremendous. This was a definite winner!

I am secretly hoping that he takes to other niche areas known for ghosts like a fishing town in New England or a southwestern town, an industrial town, etc. Part of the charm of Ghosts of Morgan City was the local lore and the atmosphere of the Deep South. Hopefully if other regions are covered, they capture the Native American culture of the Southwest, perhaps the Revolutionary War atmosphere of the Northeast, the Civil War battles of Pennsylvania.

There is an area in Mesa, Arizona just behind a hospital I used to work at. I was told when I started there to not be startled, as there were ghosts in the hospital.

I came to find out later as I inspected that there was an archaeological site behind the hospital, Native American burial mounds being excavated of an ancient missing tribe. When I talked with an employee, I was told the homes surrounding the mound area were haunted. I have kept records for a decade of the hauntings in Mesa, Arizona as people come forward constantly with similar complaints to what the hospital workers complained of. Now, there's a cool setting!

We also have an extremely haunted, mining ghost town in Arizona that our team has been studying for some time with tons of crazy phenomena. This would be another classically spooky American haunting situation.

Ben is a very intelligent, thoughtful, kind man with a sense of wonder about the world that rivals my own. His integrity is mortared firmly in place so that when he comes up with evidence, I feel confident the ex FBI guy knows he's eliminated the possibilities and is left with amazement.

I wish him great luck on future endeavors to chase phenomena while it's happening.

If the public's reaction to Morgan City was any indicator - he knows just what we need!

He gave me a little clip when I interviewed him - you can see he's just a kind and regular guy. That makes him accessible and real.