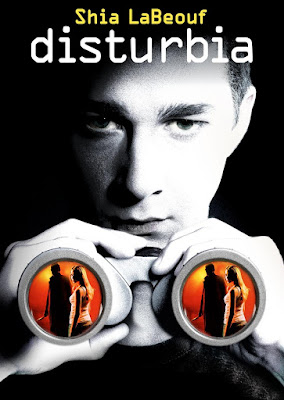 I love suspense thrillers, but some just miss the mark with me. Perhaps they draw out the suspense to the state of boredom or they make a victim character who is not likable. And there must always be a question in the viewer's mind if the hero is insane or imagining things. It's really about putting ordinary people in extraordinary circumstances. The actors, pacing, lighting, and score are everything to pass it off.


I love thriller-suspense genre and there are a LOT out there, but some just hit the button for me and I find myself replaying them over and over.


Rear Window
A wheelchair-bound photographer spies on his neighbors from his apartment window and becomes convinced one of them has committed murder.

This one is pure class, great pacing, suspenseful music, and keeps you wondering to the end. There is something about Jimmy Stewart's voice and nervousness that makes it particularly delightful to watch.

Disturbia
A teen living under house arrest becomes convinced his neighbor is a serial killer.

I like teen movies and this one has a kicking soundtrack, typical teens, and a hint of "is this kid crazy or is he right?" Very well done update on "Rear Window" plot.

Midnight Lace
In London, a recently wed American woman's sanity comes into question when she claims to be the victim of a threatening stalker.

Doris Day is always a treasure, but when she plays a nervous new bride being stalked, you wonder all the way to the end if she's crazy. It's lovely to listen to and suspenseful enough to not look away.

Joy Ride
Three young people on a road trip from Colorado to New Jersey talk to a trucker on their CB radio, then must escape when he turns out to be a psychotic killer.

Another teen suspense thriller that hits the mark. The characters are likable and their situation is terrifying. There is nothing worse than being stalked on the road far from home. Great cast, very well paced and terrifying plot.

There is a 1962 version and an early 90s version. I like the newer one better but maybe that's because De Niro plays a threatening douche bag so well. Lovely southern twang to it and the climax is to die for.

Body Double
A young actor's obsession with spying on a beautiful woman who lives nearby leads to a baffling series of events with drastic consequences.

This one is dark, sexy, and slick. You have to wonder if this guy witnessed a murder or he's just losing it. It is a very haunting one and very disturbing. You can't look away.

Unbreakable
A man learns something extraordinary about himself after a devastating accident.

This one is off the usual path of suspense-thriller with some superhero tones to it. What would an ordinary guy do if he found out he was different? What if he were stalked by his arch nemesis? Bruce Willis did this role well.

The Hitcher
A young man who escapes the clutches of a murderous hitch-hiker is subsequently stalked by the hitcher and framed for his crimes.

Another terror on the open road theme. This one is played so well by Rutger Hauer that you almost like this ruthless killer. C. Thomas Howell knocked it out of the friggin' park when he played this role. I was sweating along with him.


Psycho
A Phoenix secretary embezzles forty thousand dollars from her employer's client, goes on the run, and checks into a remote motel run by a young man under the domination of his mother.

Classic, classy, and somber. This one is a standard for anyone who likes suspense thrillers. It set the standard for the genre.

A Perfect Getaway
Two pairs of lovers on a Hawaiian vacation discover that psychopaths are stalking and murdering tourists on the islands.

I love Hawaii as a setting and the characters are just eclectic enough you don't know who to be suspicious of. When I want a vacay, waters, swimsuits, and tension - this is the one.