Bigfoot Movies That Are So Bad They're Good! (Beer Ratings Included) 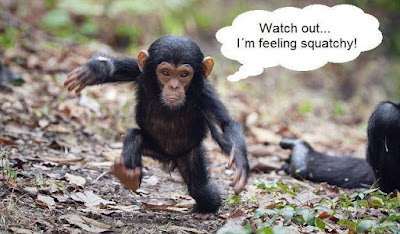 Some Bigfoot movies are attempts at terror and others are intentionally or unintentionally humorous. I'm going to discuss some hilarious attempts.

I think I need to give these flicks a beer rating of 1-4 beers depending on how many beers it takes to enjoy the levity. If it's mildly amusing, just a beer to make one mellow is enough. But, if the film is particularly ridiculous, it make take 4 beers to sit through it and mostly that's because you're having such a good time, you don't want the antics to end.


Bigfoot's Wild Weekend (2012) (You can find this one on Netflix streaming right now) 4-beer rating. This flick is off the charts hilarious. So, Bigfoot decides to start pilfering and sniffing panties in campsites, cuddling up in tents and generally disrupting a community. The film does not in any way take itself seriously so this party-on friendly movie deserves 4 beers! *For this one, I'd suggest something with some kick to it like Samuel Adams Utopia (one of the strongest beers).

The Legend of Boggy Creek (1972) 2-beer rating. A documentary style film telling the legend of a hairy wild man seen in Fouke, Arkansas. It has narration of a casual southern style and a soundtrack of twangy music. Telling the stories of people's encounters in the swamps and the woods, it's a real gem from the early 70s. It gets a 2-beer rating because enough decades have passed that this folksy flick is rather humorous. *For this one I'd suggest Rainier (Arkansas's favorite beer)


Bigfoot (2012) Made for Syfy channel with 70s all-star cast including Danny Bonaduce and Barry Williams. 3-beer rating. Two musicians square off to compete to hunt for Bigfoot. This is so over the top and flamboyant with a Bigfoot that is as big as King Kong and CGI effects that delight in their campiness. It is a real laugh fest. *As this kind of feels like a frantic holiday, I suggest Guinness.

The Curse of Bigfoot (1978) 3-beer rating. A teacher takes students in the woods to look at artifacts where they run into a mummified body. The body comes to life and is a Bigfoot that proceeds to terrorize. This awful 1970s film is so bad it's hilarious. *Traditional cheap beer like Pabst Blue Ribbon.


The Creature From Black Lake (1976) 2-beer rating. Two Yankee students decide to head south in search of a supposed swamp Bigfoot. They chase down a local to figure out how to find the creature. It's campy, it's very 70s, it's just plain fun. Two beers is all that's needed to appreciate the level of goofiness. *Let's go with a popular 1970s beer like Budweiser.

Enjoy your marathon of goofy Bigfootery and beer.