Salem's Lot: A Classic About To Be Remade! 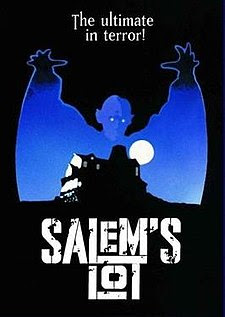 George Romero ("Night of the Living Dead") was set to direct, but once they decided on it being a tv miniseries, he didn't like television's constraints and begged out of the position. Tobe Hooper ended up taking over after impressing them with "Texas Chainsaw Massacre."

The score was nominated for an emmy.

James Mason loved the script and was thrilled to play a servant to evil.

The vampire's home on the hill cost $100,000 to build a facade in front of an existing house.

The interiors of Marsten House cost $70,000 to construct.