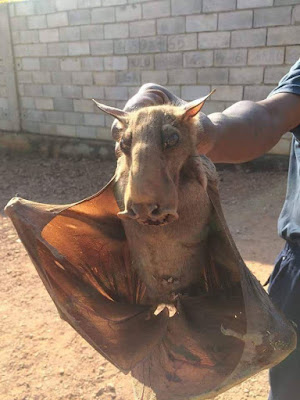 Bats are mammals. They are of a grouping called Chiroptera (hand/wing). Can you believe bats make up about 20% of all mammals? Bats are good for eating insects and for pollinating plants. Even though they are beneficial, they still freak people out, worrying they'll fly into their hair. The smallest bat is about an inch, the largest is about 4 feet.


When I was a kid, we had bats behind our shutters outside our windows. The squeaking would keep us up at night. My mom got the brilliant idea to relocate them. She had my brother and I hold a blanket out, she took a broom, lifted the shutter out, swooshed them into the blanket, while they were flopping around, we closed up the blanket and took them to the barn to let them loose again. That is a harrowing experience I do not want to relive, a few times they flopped onto our shirts and heads. We were lucky we didn't get bitten. My mom had lots of great ideas, like burning the trash inside the house in our fireplaces. She once put an aerosol can into the fireplace and we came home to find the fireplace all blackened with soot and my mother's eyebrows burned off. My favorite experience with bats as a kid was tossing rocks in the air at twilight and seeing how accurately they could chase them. I've been on several ghost hunts that included bats flying around while investigating. So long as I'm wearing a hat, I don't mind. With as much hair as I have and everything that falls into my hair getting tangled, that is something to make me shriek during a hunt. Actually, the only thing during a hunt that would make me shriek!

Bats can eat up to 1200 mosquitoes and hour
Some bats eat fruit and help pollinate plants
Some bats hibernate, others migrate seasonally
Most bats have one pup a year and mom can find their baby anywhere by their sound and smell
By putting off high pitched sound and listening for echoes, they can move around in total darkness

In the mood for a creepiest vampire bats?


There is a place in Austin Texas where they watch the bats fly out at a certain time of the year.

On an up note, there's a whole different bat worth watching....

Vampire bats use infrared radiation to locate blood hotspots on their prey. Some vampire bats feed mostly on the blood of birds, but others will go after any mammal including humans. Thus, they have been utilized in Vampire mythology.

Vampire bats can even (gulp) run! And it is creepy -

And here is a way to show your bat love - 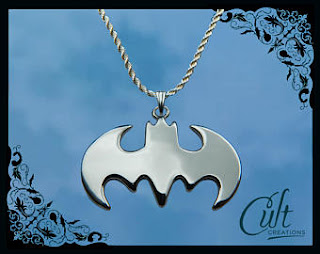 If you're still in the bat mood, a Vincent Price movie might be just the right choice-

Tonight, I'm planning on going to a local area where bats fly out at twilight like mad. Hope to capture this on video and in photos. I will share if it shows itself as a really cool local thing to do in Phoenix.