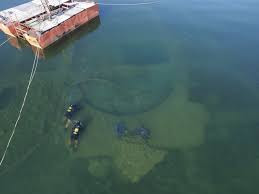 Churches in now flooded areas where dams were built, lakes were created make for some very haunting photographs and intriguing places to visit. 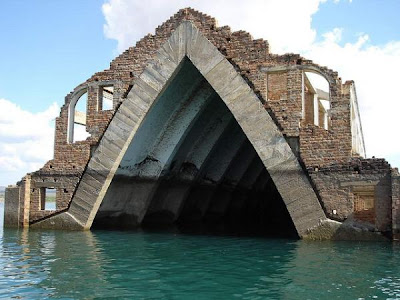 When the dam was built, this was the only thing left standing like an eerie sentinel. 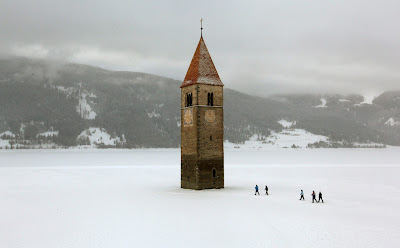 In 1950, the entire village was flooded and the only thing that remains above the lake's waterline is the bell tower. 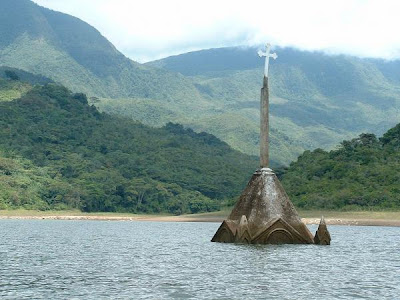 The town was forced to move out and the area flooded in 1985, but changing water levels make the church remind the locals of what was once there and a town that is no more. 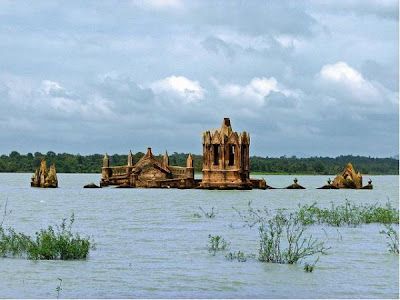 This one goes underwater and then emerges as water levels lower. It was built in the 1860s. A dam flooded it in the 1960s. 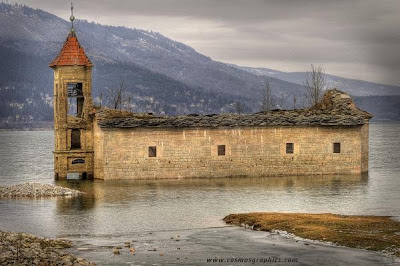 Built in 1850, it was drowned when they put up a dam, but water levels keep dropping and more and more emerges with droughts. 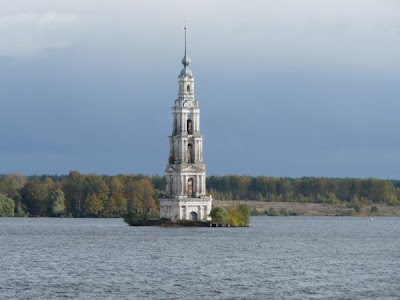 This monastery was built in the late 1700s. Stalin decided to flood the town to make a reservoir. 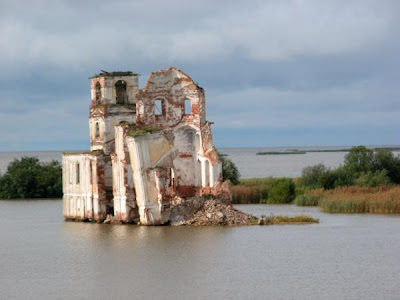 This was built in the 15th century! Russia decided to put in a hydroelectric plant and flooded it in the 1980s.