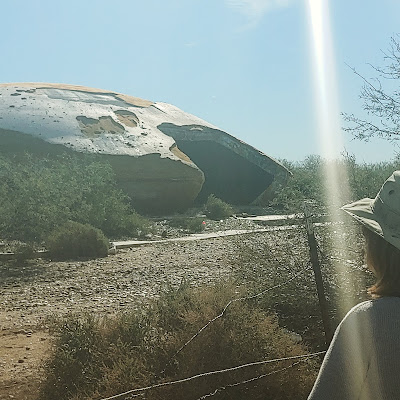 Last weekend I got out and about. I injured my knee, so I was hobbling a bit, but my best friend kept me motivated.

Julie Ferguson is the most awesome woman I know. We have done many books together, but here's some of her own creative inspirations -
Blog
Etsy Shop
Abandoned Southwest Site
Book 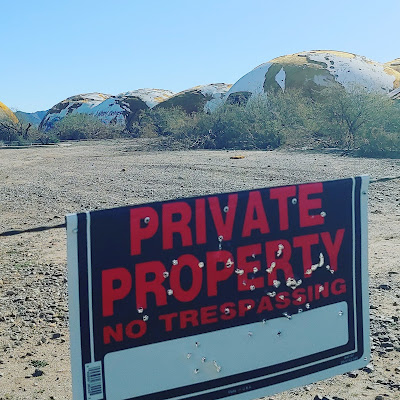 We went to check out The Domes in Casa Grande, AZ. One of the domes caved in, so there was no trespassing allowed. It is rather dangerous, but fascinating. 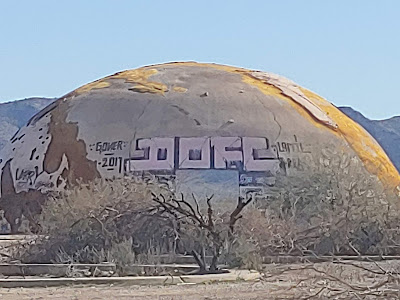 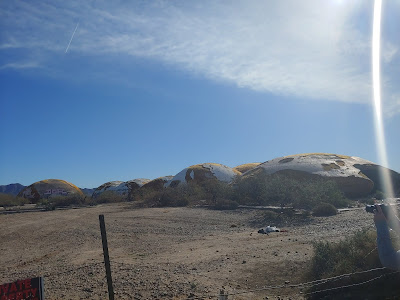 The Domes were supposed to be a semiconductor business, built by a California company that went bankrupt. They have remained since the 1980s, being a site for many urban legends of killings and ghosts, and home to some indigents and a teen hangout at various times.

Then, we spent a bit of time doing some gold panning. Setting up a kiddie pool on the back patio and having 71-degree weather, it was ideal to take some samples and test them out. 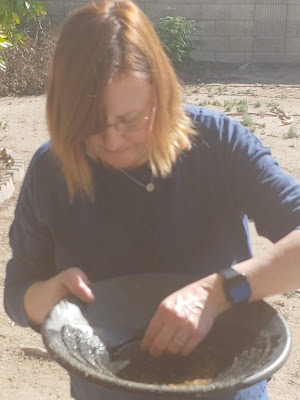 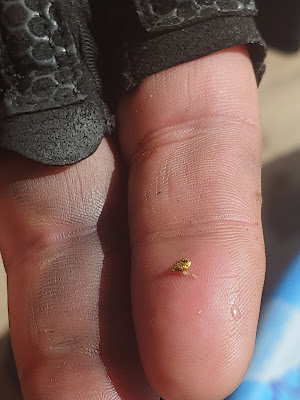 We erected a blow-up jacuzzi on the patio too where I plan to get some good soaking in as soon as my knee heals enough to sit and stand easily. 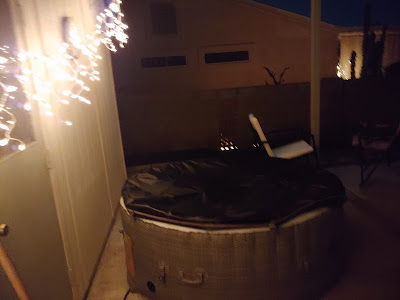 We were driving along when I saw a glider plane being pulled in Maricopa, Arizona. I rolled the window down and shot the cell up toward the planes, blindly. I could not see if I was getting them or not in the shot. 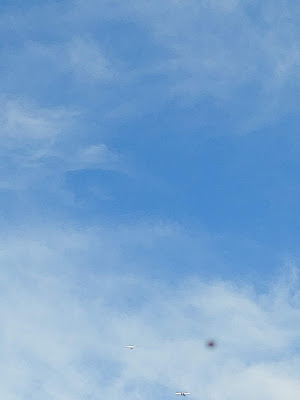 They are just below that strange black dot I cannot explain.

In fact, that dot showed up in one more pic - 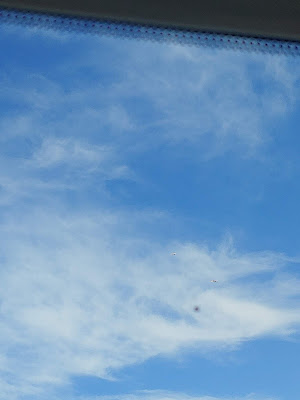 Here one of the planes can be see just above and to the right of the dot. 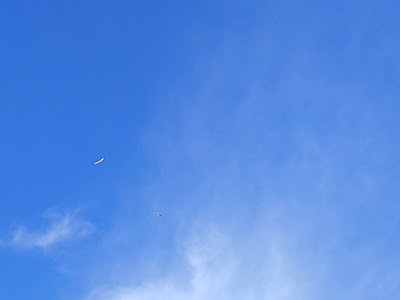 It was not in this shot. 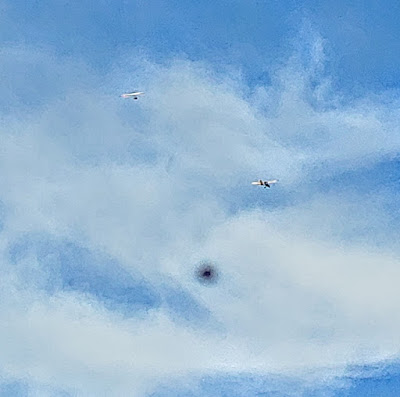 Found some abandoned places to photograph - 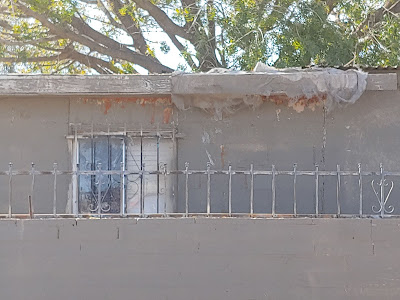 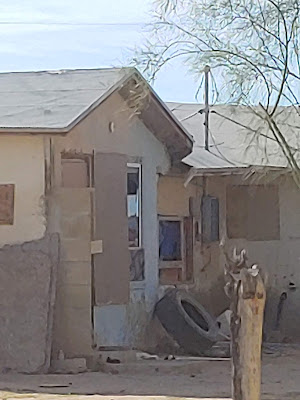 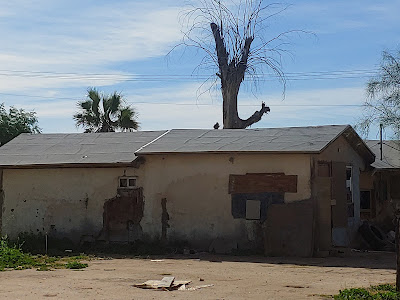 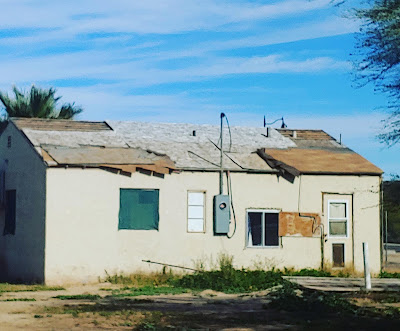 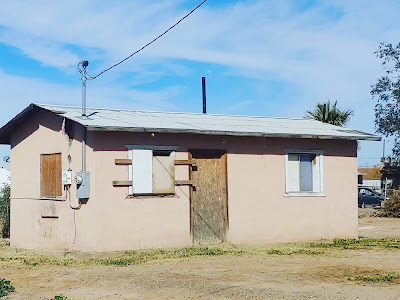 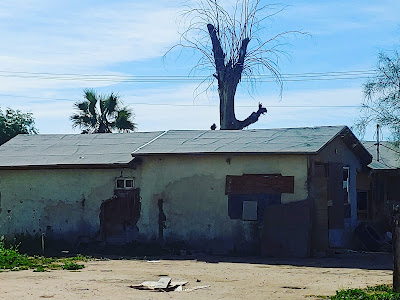 The next day, I was out in my yard with a friend and we saw this going by - 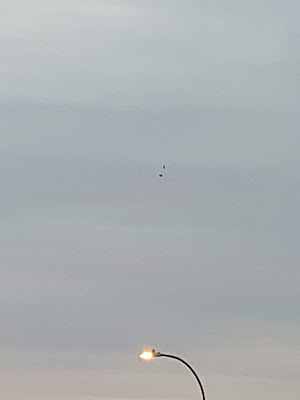 Two objects in the sky - moving 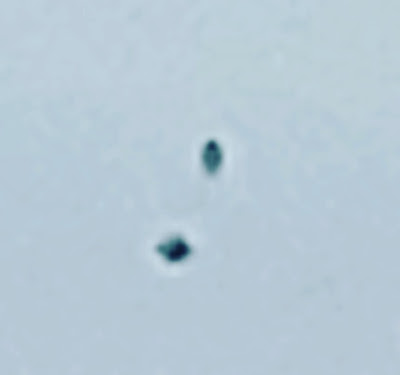 Hmmm... It was a fun and interesting weekend, even with me in pain and limping. Fun can be had being a passenger on the way to cool abandoned sites, sitting on a patio panning gold, or sharing company with a bestie.

Some ideas for simple ways to find adventure and mysteries -

Hit the road: Plan a trip to some tiny town you didn't know was there in your state. Map out cemeteries in the towns from here to there and photograph.

Study the sky: A daytime or nighttime viewing outside of town where perhaps there are reports online of people seeing UFOs frequently. Just type into Google the town name and UFO.

Pull up Google Earth: You don't even have to leave home, just look up interesting areas you've seen on "Expedition Unknown" or "Destination Truth" and start studying for anomalies.

Mine your own minerals/pan your own gold: There are locations that let you look for gems and gold for a small fee.

Grab a ghost tour in your nearby big city: Most bigger cities have ghost tours, as do mining towns. Make it a double treat by staying in a nearby haunted hotel, as well.

Have an EVP session: Have an EVP session with a digital recorder in a location you believe to be haunted. Remember to leave about 15 to 20 seconds of silence between asking questions so they can be answered. Listen back on a free program like Audacity.