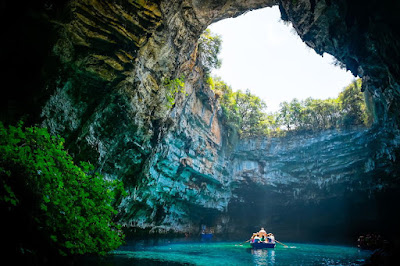 Not for the claustrophobic! Movies that take place underground are pretty tense and scary. You might want to darken the room and get under a blanket and do an underground marathon day -


The Descent (2005)
A caving expedition goes horribly wrong, as the explorers become trapped and ultimately pursued by a strange breed of predators.
The Cave (2005)
Bloodthirsty creatures await a pack of divers who become trapped in an underwater cave network.
Journey to the Center of the Earth (1959)
An Edinburgh professor and assorted colleagues follow an explorer's trail down an extinct Icelandic volcano to the earth's center.
Catacombs (2007)
On her first trip to Paris, a young woman hits a party in the Catacombs, the 200-mile labyrinth of limestone tunnels under the city that's lined with the remains of 7 million people. Separated from her friends, she becomes convinced that someone or something is chasing her.
Creep (2004)
Trapped in a London subway station, a woman who's being pursued by a potential attacker heads into the unknown labyrinth of tunnels beneath the city's streets.

The Boogens (1981)
Otherworldly creatures are released from the bootleg tunnels underneath a small-town mining community, and begin chomping on the locals.

As Above, So Below (2014)
When a team of explorers ventures into the catacombs that lie beneath the streets of Paris, they uncover the dark secret that lies within this city of the dead.
Mimic (1997)
Three years ago, entomologist Dr. Susan Tyler genetically created an insect to kill cockroaches carrying a virulent disease. Now, the insects are out to destroy their only predator, mankind.
C.H.U.D. (1984)
A bizarre series of sudden disappearances on the streets of New York City seems to point toward something unsavory living in the sewers.