Journey to the Center of the Earth: Russia's Giant Holes 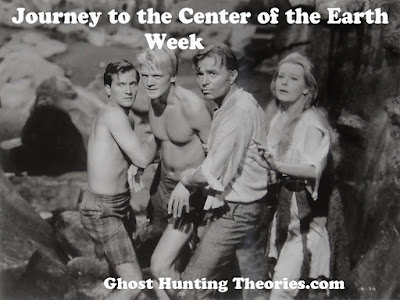 In 2014, a strange enormous hole developed in the permafrost in Siberia. Later, more of these huge holes were found. 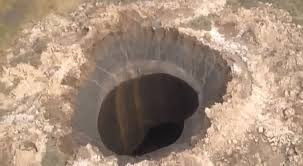 Many theories have abounded and the most popularly held being that they were formed by methane gas in the permafrost. National Geographic offered this possibility - A pingo, a plug of ice that forms near the surface over time and has a small mound or hill on top. When an ice plug melts rapidly — as many have been, thanks to unseasonably warm temperatures in Siberia over the past year — it can cause part of the ground to collapse, forming a crater. That theory has evolved over time -

LINK:  Escaping methane gas has blown at least two new holes in the Siberian tundra in the past few months, according to eyewitness accounts to the Siberian Times and the Russian Academy of Sciences.

Reindeer herders northwest of the village of Seyakha in Siberia's far north reported seeing an eruption of fire and smoke on the morning of June 28 — an event caught on seismic sensors at 11 a.m. local time, according to The Siberian Times. Scientists visiting the site photographed a fresh crater blown into the banks of a river.

It is now believed that when permafrost melts, methane escapes which results in an explosion. 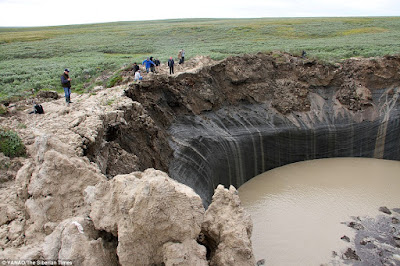