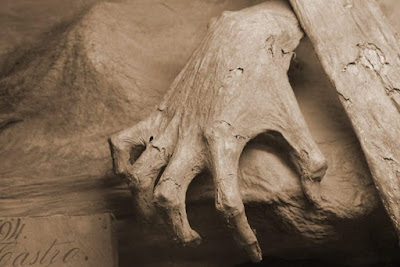 Buried alive - a concept out of a horror movie. But it has happened. Let's take a look at some of those horrifying cases -

In 1976 in California, the unthinkable occurred. A bus filled with 5-year-old to 14-year-old kids was taken hostage by some crazy guys with an idiot idea to kidnap. The bus, driver and children were driven into a quarry and covered up with dirt.

In this case, despite hot sweaty hours in the bus underground, the group got out and the kidnappers were caught, but it was a horrific event for the children and the anxious parents.

In the 1930s in France, a man was in a motorcycle accident. He was buried in the ground and two days later the insurance company wanted a look at him, so they dug him up to find signs of life. Apparently, he had gone into a coma that required less oxygen and the man recovered. He went on to invent a coffin that included a cassette player, and oven and a fridge. (LINK)

Once Again in France

In the 1800s, a woman with cholera was lowered into the ground, but as she was the gravedigger heard knocking on the lid. He opened it up. She seemed to be dead, but placing a candle near her nose revealed some faint breathing. (LINK)

As Well, In Germany

A man being lowered into the grave was a lucky person when the gravedigger was covering the coffin and heard the knocking.

The Realities of Death

Today, there are many preparations before a burial and such an incident is highly unlikely. During the Victorian Era, however, it could happen as ways to detect death were rather crude.

In that Era, it became stylish to put in a warning system at a grave, a string going to the coffin and a bell up above that would sound. The safety bell system was designed in 1829 by a doctor, of all people!