Spirit Vessels: Why Are Some Buildings Haunted? 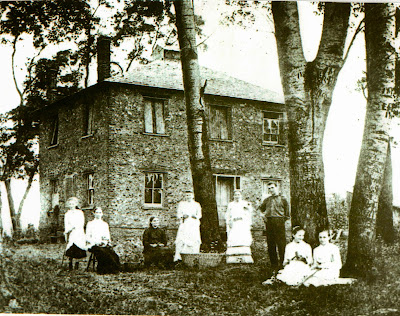 Back in the summer of 2009, I decided to choose 50 places that are commonly reported haunted, all across the US. I took those 50 places and looked for common features. Then, I started the agonizing part of making sense of all that I found. From this, I created a first version of a haunted formula that took 5 aspects and checked the sites to find out how many of the features they possessed to give it a haunted score. I thought that knowing the features most commonly found, I could identify potentially haunted locations by giving them a rating before even going to check them out. I am going to share the findings of that study below and then discuss some other features that have come to light since then -

WATERWAYS: (I considered if the site was within a mile of running water, stream, river, ocean)

41 of 50 sites had this feature--that is very significant. It's also hard to discover whether or not the other 9 sites had underground springs, so it's a very hard one to judge. Also, people tended to build homes near waterways long ago before we had wonderful plumbing and such. I did not, however, find one super haunted site that did not have water nearby.

TRAINS: This one intrigued me because of the strange correlation, but now I am leaning more toward it being an incidental finding and considering removing it from the formula all together which might alter a few things, but statistically it wasn't horribly impressive and, as I said, people tended to build older homes near trains and trains tended to be built near towns.


As I haven't yet started to look at the "hard" proof of hauntings of these places to decide what factors might be most important, such as geology or waterways, I can say that by eliminating trains, I will be having to shift the scoring of many places. I'll keep you updated. This will be quite the tangled process, but well worth it. I think all of us instinctively go to a haunted site and feel these features and know it's haunted, now we have a way to perhaps measure just how haunted it can be with what necessary features.

Other Factors To Consider

Since the study, I have come to wonder about other factors involved. One that I run across repeatedly is feng shui. Feng shui is the East Asian concept of chi (energy) and its movements and attractions. Depending on the layout of a building's architecture and the features within such as colors, walls, furnishings, decor, it can create a healthy flow of energy or attract pooling of dark bad energies.