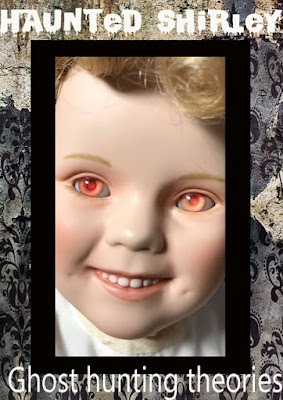 Haunted Shirley, of late, has been bothersome. I wake up often at night having heard something in that corner of the room drop, shift, or pop. What happened today was another weird sign that when I plan to leave the house and go out, Shirley doesn't like it. 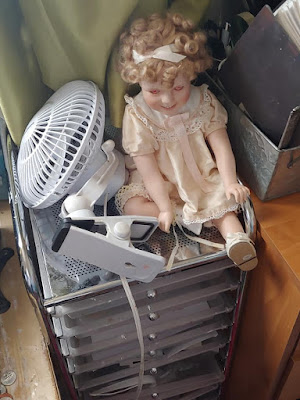 (example of where the fan is, not a before pic)

Usually the fan lies sideways on the cart near her so I can cool off desktop. I don't clip it on because then it's too high up.

The thing is, ever since I got a new keyboard for the laptop, I can go mobile and work, so I haven't been using the desktop. The fan is unplugged because I use the outlet for other things.

So, the other day I was preparing to leave the house and meet a friend for lunch. I got as far as the doorway and I heard a loud THUNK! 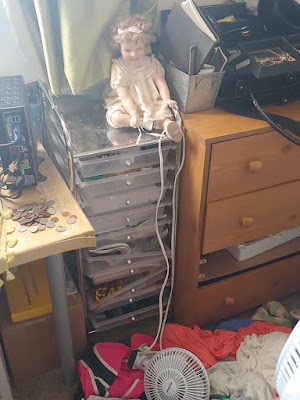 The fan was on the floor as if it had been thrown. (disregard the mess - I'm preparing to move so I'm getting rid of things and sorting)

A few nights previously, I had set her up nice and straight, head forward, dress in order, and left a roll of masking tape near her. The next morning, not only was the tape on the floor, but her head was tilted away. That really creeped me out! It is not easy to turn her head.

Our team plans to study her this weekend and see what results we can get on EVP and other testing. I cannot wait to get the results out for everyone to see. 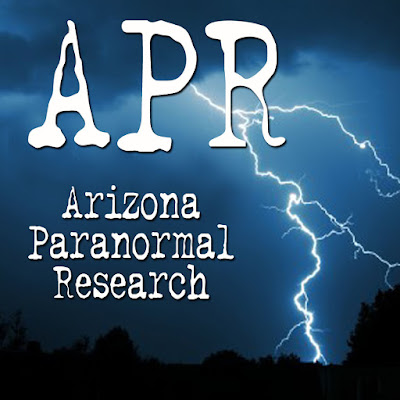