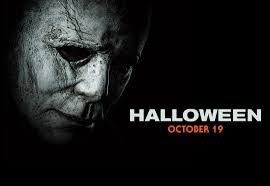 I am a HUGE fan of the original 1978 movie, "Halloween," so when I saw a lot of promos for the new installment, I was there right away on opening day. What was I thinking???

I liked to hear that Carpenter was doing the music and had someone to do the movie that was not the old lineup that did the abysmal episodes. With Jamie Lee Curtis agreeing to join in after they totally duped her in H2O with a supposed killing of Michael that wasn't a killing and then finally killing her out of the series in Resurrection.

I felt the only Halloween that was worse than this was Resurrection.

It was all over the place with too many useless subplots, not enough Laurie time, and OMG OMG OMG - the gore. Halloween set a standard of killing without gore and this was not only gratuitous but rather brutal in a way that makes you cringe - kind of like seeing your parents have sex.

I was so disappointed and rather angry that Carpenter did not truly pick up from #1 by utilizing style and isolation to his advantage. He just opened his pocket for cash and didn't have a hand in it.

And what was with that mask? It picked up after
Halloween the original but the mask was vastly different.

I have lost a huge respect for Carpenter for no longer keeping a hand in the franchise and letting Rob Zombie ruin it and Akkad's awful other installments.

The best part of this film? The last 10 minutes.

The worst parts? The script, the plotting, the direction, the acting....

I will continue to enjoy Halloween (1978), but ignore the rest.