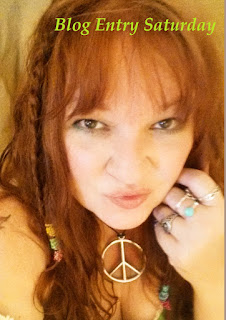 Tis the season to get into costume and go out and parade around as anything but your daily persona. But, what can we learn from role playing and why might it be a healthy outlet in moderation? 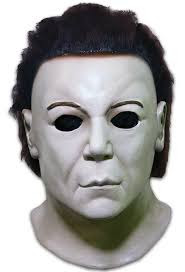 Putting on a mask creates complete separation from who you are to who others believe you are. There is no looking at a mask and knowing who is behind it. This is usually the easiest method for most people to lose their inhibitions and become someone else.

On the down side, a mask is also a way to have no intimacy, as the barrier is not just visual but also physical. The use of a mask in role playing can work well for the wearer, and not for the person on the receiving end. The playing field is uneven. 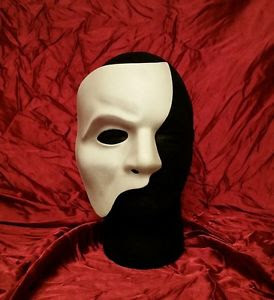 The ideal mask is one that is partial - perhaps a masquerade half mask or a Phantom of the Opera partial mask.

I admit, at a Halloween costume party, a man in this costume and mask had my eye all evening long. It was intriguing. I saw just enough of his eyes and face to get a sense of him, but still cloaked in mystery. 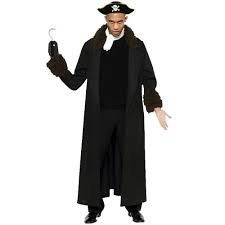 Costuming, if done well, can take one to another time period, or perhaps a superhero character status. One becomes Dracula or Little Red Riding Hood with a cape, a pirate or an historical character in tights.

The only time costumes lose their effectiveness is when they are inaccurately or inappropriately designed. No, there are no female police officers in hot pants. Of course, if the role playing is in the bedroom, then by all means - add fishnet hose!

A costume can make a shy person a lumbering zombie or an outgoing person a cackling witch. The purpose of the costume is to "act" more than to "be." 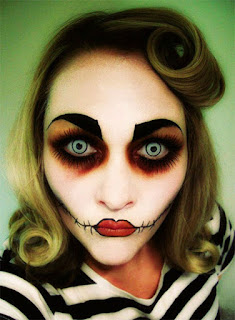 Makeup enhances and creates a persona without having to cover the face. When you wear makeup, you're saying "look at my art, but recognize who I am."

The finishing touch for most costumes should be makeup of some kind as the costume shouldn't stop at the neck.

The time that makeup goes bad is when it's so extensive as to create a lack of intimacy or melt in a warm room.

It is feral and primitive to become an animal, to stalk, to purr, to growl, to prance. It is so very different than our human point of reference as to be exotic and tempting.

There is a whole fetish culture based on furries and donning tails, ears, furs, and the like to become a beast and interact as such.

This is perhaps the epitome of role playing to become something distant and other.

This season, when you consider the role playing opportunity, consider finding complementary costumes if you have a partner, but don't necessarily do them the same.

A pirate and pirate wench are okay, but how about a pirate and a mermaid?

A vampire and a Victorian female might be nice, but what about a werewolf and a female vampire?

A lion and a lioness might be good, but how about a lion and a big game hunter?

Any way you decide to role play this season, do so with the spirit of reinvention and perhaps learning how to see the world through different eyes. That shift alone can make you realize that who you are is what you focus on.