Beyond the Shadows: Upcoming Horror Film 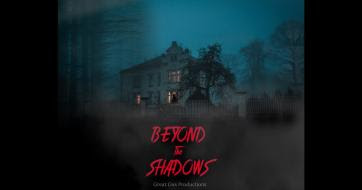 As I have taken on the role of co chair of a film industry group and am presently involving myself in a short film and two feature films, I have nothing but respect for talented teams that come together to make something significantly unique and doing so as independent artists.

Our movie tackles the subject of Native American genocide through the story of Drexler Faust and his band of misfits on their wildly popular ghost hunting show Beyond the Shadows. The ghosts they hunt aren't real ghosts though; Drex and his crew fake the ghosts to get higher ratings, going to more and more extremes to keep their fanbase growing. That is until they run into real paranormal activity when the crew happens upon a haunted hotel placed upon a Native American massacre site.

This film is being put together by a talented group and I would very much encourage my readers to check out more information and please support their efforts to get this made.