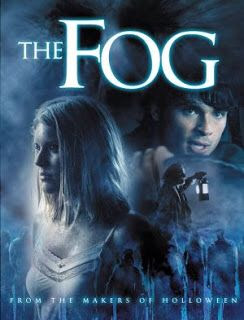 Let's talk about the 10 worst horror movie remakes. When you think of these, be insulted. Be very very insulted.

The original "The Haunting" based on the Shirley Jackson novel, "The Haunting Of Hill House," done in 1963 was a classic ghost story movie. Then, a remake starring big-named actors came along, changed the plot up completely into some juvenile muddled hot mess and turned it into one of the worst horror remakes of all time with a big budget and big actors, to boot!  Shirley Jackson would surely bitch slap that director!

The original Wicker Man from 1973 was a classic tale of witchery and a righteous man. Edward Woodward and Christopher Lee did an impeccable job of mixing surreal with real, magic with evil. Then, someone decided Nicholas Cage was the obvious replacement for the role in one of the most amateurish and awful takes on the compelling and horrifying original. It ended up making viewers giggle.  You might enjoy my son's review of this remake -

I will never understand how someone could view "The Fog" (John Carpenter version circa 1980), the atmosphere, the storytelling, the acting, the dialogue, and plot, and say "I think I can do this better with worse acting, tearing apart the plot, making a convoluted ending and a total botch job." The original was like a slowly unfolding sea faring tale with fog, a ghost ship, and a town about to get its payback. The remake took place near the sea. That's about all I can say.


When a Stranger Calls


The original movie had tension up the wazoo as a babysitter starts getting crank calls by someone who may not be a crank, but a real killer. And he's in the house! I had some issues with the plot of the first movie, admittedly, but it took an urban legend to a new level of horror. It was a classic of its time and one thing to consider when deciding to remake a horror movie, do not do it in modern times. Today, we have crowding, cell phones, and no reason to be totally trapped. If you want to redo a horror movie, go back for a "period" piece and give them the "I can't get help" that seems realistic by the simple virtue of there were no telephones back then or cell phones or tons of neighbors. The remake had a gorgeous location - I seriously want that house!  The director decided to take us to an edgier level, which would be ideal if you weren't satisfied by the first one, but by putting the killer in a chase with the babysitter and kids in the house, it was a completely different movie. No urban legend. Just a senseless killer once again.

I saw House of Wax remake on its opening day. The best moment was when Paris Hilton's character was killed in a grizzly manner and the audience broke out in applause. It was downhill from there. If they weren't trying to do a remake of a classic Vincent Price movie from the 1950s and there was nothing to compare it with, it might seem almost interesting, but damn it! They had to go and steal the concept and completely redo it so very far removed from the original that the very only thing that remained was someone using people to make wax figures. It was not even really in the same genre and certainly not anywhere in the same class as the chilling original. Once again, a modern take that makes it impossible to be atmospheric and scary, but had they just made it a period piece, it would have at least been feasible for these teens with cars and cell phones to be so freaking stupid and trapped.


Halloween (once again a John Carpenter classic) has become the gold standard movie to show in the month of October. Haunting creepy music and banging piano sounds, dry leaves floating around, creepy urban legend for a small town, and a killer on the loose - it was magic. But, along the line someone with a very over inflated ego thought "I can take that and show why Michael was the way he was." So, he made a movie, called it "Halloween" and probed into the background of a killer. In the original, Michael was the Boogeyman. In this convoluted psychological drama, Michael is just generally from an f'ed up family and kind of twisted. Not invincible, mind you, just a hot mess. It's like shining a light on the man behind the curtain in Oz. Deflated.

I'm still pondering how any ego can be so huge that it says to itself, "Hitchcock? One of the greatest thrillers of all time? No problem! I can totally fix that mess!" So, someone decided to take the moody, sulking, seedy, dark, and twisted original that gave everyone their first fear of showers and staying in creepy motels and decided Anne Heche and Vince Vaughn are ideal for the roles.


The Hitcher was a classic 1980s movie involving the always scary scenario of picking up a hitchhiker only to find he's a freaking lunatic and you're in the middle of the desert with no help in sight. This was powerfully acted by C. Thomas Howell and Rutger Hauer. The director left us with a lot of wonder about how this guy got to be such a freaking psycho and we felt for the poor kid who was up against a mind much keener than his. The movie was gritty, tense, and on the edge of your seat awesome. Then, someone came along and thought they would change it up with a not so mysterious plot and a killer that was unbelievable. It's not a hard concept to just say "can I really beat this quality of movie?"

Do I need to even explain why this concept should be touched by anyone? A classic made in a certain time and space, with a certain amount of novel approach, so simple and yet so complex, such a pivotal movie for the horror genre, should never be touched, but left to be worshiped every October.

Yet again, if a movie is well cast, you do no want to try to put new people in the roles, especially when the old roles were soooooo well recognized.


- Honorable mention on the miserable chart -

Oh, there's many more including "The Omen," "The Birds," "The Wolfman," "Prom Night," "The Hills Have Eyes," "Carrie," and "Texas Chainsaw Massacre." Pretty much any Universal Classic Movie Monster movies.

In general, if it's a remake, turn and walk away. Perhaps by not flooding the box office, moviemakers might finally be forced to do something original and quit messin' with the classics.