Today, we're looking at some of Spirit Halloween's animatronics offerings. 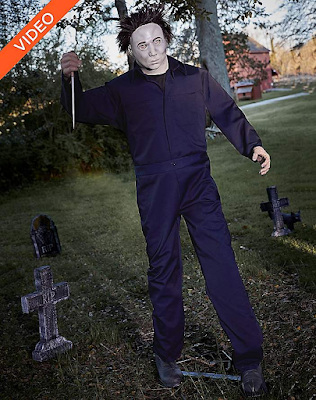 A life-sized Michael Myers animatronic is high on my list of dream acquisitions, but appearance is everything. 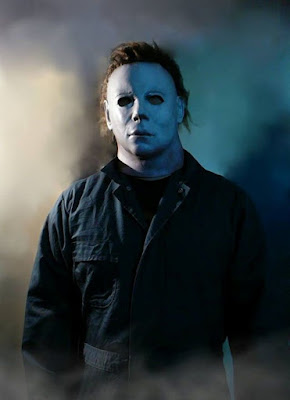 Comparing the two, the jumpsuit is way to crisp, like out of a catalog, and the face reminds me of Dwayne "The Rock" Johnson more than William Shatner.

You know how a wax museum does a figure just "off" enough that it isn't true? 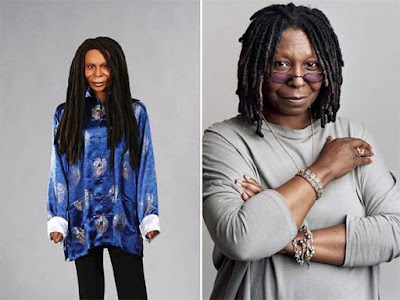 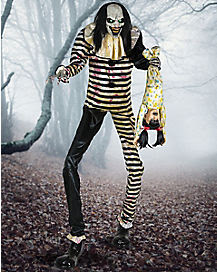 The taller animatronics are fun because they have the intimidation factor. I've found this at some haunted attraction locations, if they put a guy on stilts, it freaks you out. So, they have that going for them. I'm personally sick of clowns and zombies and hope to never see them again for another few decades! But, if you like clowns, this is an unusual twist. He has the Slenderman thing going for him for having a weird body type, but I'd like to have seen a traditional bright wig and smiling face while holding the kid upside down. 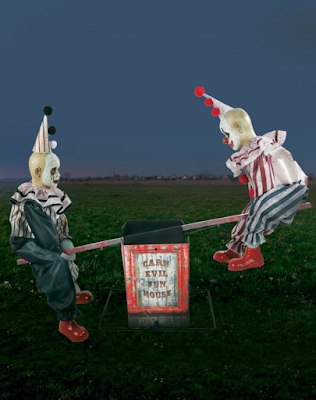 I may be tired of clowns, but vintage carnivals are a favorite. This one was really nicely done with the aged sign and the child clowns. I put this one as one of my top favorites. My only problem with animatronics in general is the need to give them recorded sounds. It ruins everything. Utilizing the silent figures lurking in the background and using your own music or thunder sound effects and lightning flashes is so much better. Cackling, yelling, and booming voices are just so annoying. 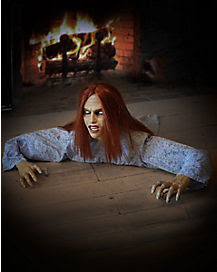 This remote-controlled crawler is a nice idea for chasing the kiddies at the doorway. In a home, it's not much of a prop, but out front it would do fine.