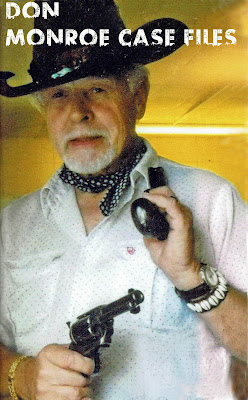 From our favorite rugged explorer and researcher, Don Monroe, comes a local native legend. The Seven Devils Mountain range in Idaho carries a story that will never make you look at this rugged mountain area the same. It is said, there are giants in them there hills!
I have yet to find a location in the Northwestern United States that Don has not hiked, explored, and lived off the land while looking for clues to the mysteries our great country still holds.

The Native People did a fine job of documenting their encounters with the "tall ones" in their distant past. The Lenni Lenape spoke of the Allegewi, the Paiutes of the red-haired giants or Si-Te-Cah.

In this legend, the Nez Perce Native People dug seven holes and put burning liquid in it and the giants stepped into the seven holes. The Coyote said they were being punished for their wickedness, and they would become mountain peaks forever. 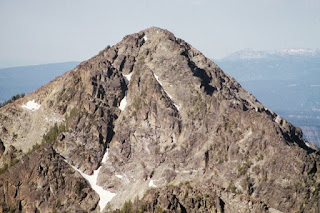 One peak is referred to as the Devils Throne. The Seven Devils form "Hell's Canyon."

LINK: There were once seven giant, child-eating monsters living in the Blue Mountains of Oregon. Each year the monsters traveled eastward, devouring all the little ones they could find along the way. The chiefs of the tribes asked Coyote to help free them from the tyranny of the seven giants. Coyote asked his friend Fox for advice.

"We will first dig seven holes," said Fox.  "We will dig them very deep, in a place the giants always pass over ... Then we will fill the holes with boiling liquid."

Beavers, marmots, cougars, bears, and even rats, mice and voles - to dig the holes. Then Coyote filled the holes with a reddish-yellow liquid. Coyote and Fox dropped hot rocks into the boiling liquid to keep it hot.

The next time the seven devilish monsters journeyed eastward, they fell into the seven deep holes of boiling liquid. They fumed and splashed and roared, but could not get out. As they struggled, they scattered the reddish liquid around them as far as a man can travel in a day.

Coyote came out of his hiding place and said,
"You are being punished for your wickedness. I will punish you even more by changing you into seven mountains. I will make you very high so that everyone can see you. You will stand here forever, to remind people that your punishment comes from wrong-doing. And I will make a deep gash in the earth here so that no more of your family can get across to trouble my people."

Coyote changed the seven giants into the Seven Devils Mountains, and then he struck the earth a hard blow and so opened up a deep gorge, Hells Canyon, at the feet of the giant mountain peaks. The boiling reddish-yellow liquid that was splashed across the land by struggling giants formed the copper deposits found in the area today.

Isn't that a theme we hear repeatedly? The Lenni Lenape fought, killed and drove off the giants down the Mississippi, the Paiutes trapped the red-haired giants in a cave and burned them, the Rapa Nui on Easter Island drove the long-earreds into a ditch to burn them, two aboriginal women in Australia coaxed a giant into a cave and burned him.

These legends pop up around the world of giants that eat people, children included.

It might be time to give them some serious credence.