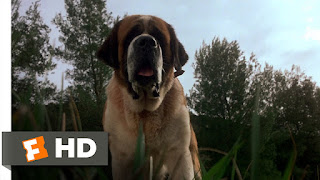 There are so many sub genres in the horror genre that it can be tough to decide what to watch. Consider a marathon of animal-attack movies. You name the critter, and likely a movie was made. Here's some to consider -


Cujo (1983) Cujo, a friendly St. Bernard, contracts rabies and conducts a reign of terror on a small American town.

The Day of the Animals (1977) A battle for survival ensues after a group of hikers encounters a chemically imbalanced forest.

Devil Dog: The Hound of Hell (1978) A dog that is a minion of Satan terrorizes a suburban family.

Frogs (1972) A group of hapless victims celebrate a birthday on an island estate crawling with killer amphibians, birds, insects, and reptiles.

Congo (1995) When an expedition to the African Congo ends in disaster, a new team is assembled to find out what went wrong.

The Swarm (1978) A huge swarm of deadly African bees spreads terror over American cities by killing thousands of people.

Razorback A vicious wild boar terrorizes the Australian outback. The first victim is a small child who is killed. The child's granddad is brought to trial for killing the child but acquitted. The next victim is an American TV-journalist. Her husband Carl gets there and starts to search for the truth. The local inhabitants won't really help him, but he is joined by a hunter and a female farmer to find the beast.