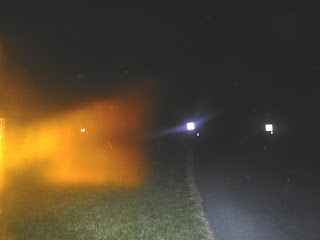 Gettysburg on a hot dry evening

We hear a lot about ghosts within buildings, held to the sentimentality of the structure, remaining in the site in which they died. What we don’t hear quite as often are outdoor ghosts. 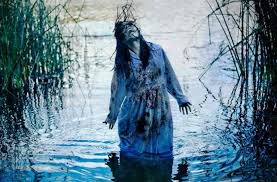 La Llorona is a popular outdoor ghost here in the West and Resurrection Mary is the popular one in the East. La Llorona is a womanly ghost who cries for her missing child. There are many variations of the story from her child being murdered by her abusive lover to being drowned in a flash flood.

Here in my neck of the woods there’s a report of a La Llarona about 25 miles away in a wash (or as westerners call it an “arroyo”). These separated mother and child scenarios are the most popular outdoor ghost here, but in the East, you have the hitchhiking lady ghosts and crybaby bridges.

Resurrection Mary is a ghost often sighted in the Chicago area where she supposedly is seen in white alongside the roadway, even picked up by drivers who later found out they took a ghost for a drive. Similar such roadside lades in white have been reported around the Midwest and East.

As well, outdoor ghosts are reported on battlefields such as Gettysburg and here in the West ancient Native American warriors are viewed upon occasion. The towns of Anthem and Casa Grande in the Phoenix area have shadow figures and a hitchhiking ghost. In one stretch of Arizona highway, there is supposedly a ghost bus that plows down the roadway.

There is also a legend in Arizona about the Army Corp’s camels. Back in the 1800s the Army Corp decided since camels survive well in deserts, they would be a great way to travel supplies and men distances, so they incorporated them. Later, they let them loose. People still report a stray camel with a ghostly army man atop of him haunting the desert.

Highway 491 in the Four Corners region of Arizona, Colorado, New Mexico, and Utah, was once Highway 666 is said to have many ghosts and other desert highways are reported to have ghosts of people who died on the roadway.

A friend reported this just recently -

Went with my buddy to pick blueberries in the woods. We went our separate ways and well into the picking I get a startle and see what I thought was him coming up behind me.

I said, "Man, you scared the crap outta me!" But it wasn't him. A man in drab clothes sort of floating along, passing right through the thickest brush, not turning, not speaking and with a face void of any expression.

My buddy said something passed by him and he thought it was me. When I showed him the direction I went in he knew I hadn't passed by him.

The reason outdoor ghosts aren’t reported as much is because of simple logistics. The outdoors are a huge area and your chances of being in the spot where ghostly phenomenon is occurring are very low. As well, outdoor lighting and sounds can distract from any actual phenomenon. If the leaves are blowing in the wind, you have an automatic debunking excuse for anything you hear. Within a quiet building, light, shadows, cold spots, and sounds are much easier to detect.

Cemeteries: You're more likely to run into shadow people.

Battlefields: You're more likely to run into apparitions.

When I was growing up at our family estate, the prior Civil War hospital, we had lots of apparitions upon the grounds.

Near the little cottage, there was a soldier who would peer into the window. Near the apple orchard where the old Union fort once stood was a Black man who wore tattered clothes and looked confused. In the field near the forest there was a young adolescent injured soldier hobbling along. Near the creek, a couple in period costume. My mother often saw a variety of people in period clothing coming and going near the boxwood mazes. Sometimes, shadow figures and sometimes forming mists. I wrote about all our accounts in my book "Growing Up With Ghosts."

If you're going to go camping this summer, consider some haunted campgrounds - LINK