Into the Rabbit Hole: Smithsonian Coverup of Ancient Giants 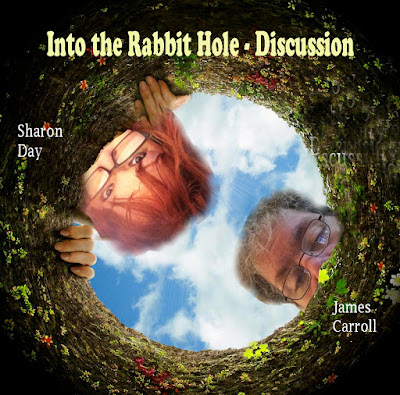 It's been a while since Jim and I have done an episode of "Into the Rabbit Hole." This series is us picking a subject of conjecture and then bantering back and forth as two nerds do when contemplating the if's and how's of the unexplained. It is off the cuff, unedited.

Today's subject is - why has the Smithsonian Institute and Department of Ethnology worked so hard to coverup the existence of giants in ancient times in the Americas?

Background: In the 1700s and 1800s as Europeans settlers were moving out across the United states and building homes and plowing fields, the would come across bones of ancients, only these bones were exceptionally large, 8-12 feet in height when alive. The bones were quickly carted away and dismissed. When the Smithsonian Institute was formed, they also formed a Department of Ethnology that would basically study the "Native" items and hand them over to the Smithsonian. This practice continued into the 1900s. Many articles in papers around the country showcased the giant finds and also the Smithsonian claiming the remains. No public declaration of an ancient race of giants was mentioned or evidence provided to the public, but Abraham Lincoln announced something that gave it away. "The eyes of that species of extinct giants, whose bones fill the mounds of America, have gazed on Niagara, as ours do now."

Jim: One of the first reasons why they did, I would claim, was to control what the population thought of the areas they moved into. Many people would not want to move into areas that had these bones. The people would be highly suspicious of the land and suspect that the giants were still alive there. Yes, there were people that would not be afraid but really they would be very few people.

Sharon:  Settlers were still bruised from the skirmishes and ongoing issues with the Native People. Imagine if they thought giants might be among them?

Jim:  Oh yes. You would feel equal or better to a NA coming at you, but how would you feel if you looked up and a 10 ft tall guy was running at you?

Sharon: If we look back at this time period in the late 1800s especially, we had just accepted somewhat Darwin's "notions" of evolution and the disruption for the religious crowd. So, here we have something that unsettles both sides: Darwinians see these giants as disrupting evolution as it was presented and religious folks are fearful of the giant Nephilim of the Bible.

Jim: Yes that is like a double edge sword coming at you.

Sharon:  Right, so rather than confuse the public that is settling the lands, don't inform them they may run across these things and if they do, shuttle them away quickly.

Jim:  Very much so. But also if you can get soldier types in there. In a lot of the West side of US your chances of getting any soldiers are pretty much nil.

Sharon:  So, the question remains, why in these modern times do they perpetuate this coverup? Are they too far in? Would they look bad for revealing a coverup? Is it because we still have giants among us and they don't want hysteria?

Jim:  I would say it is a bit of everything. Your average person in life never even thinks of giants now. They think what stories are out now are just junk. That is even if they think on it.

Sharon:  You know how this could end well? The Smithsonian comes forward, says "hey dudes, we have DNA testing now, so we're going through archived items from over a hundred years ago and found something interesting. There were giants! BTW, come to our new Ancient Giants Museum." (okay, the spokesperson probably wouldn't use that verbiage)

Imagine the heroes they would become and the bucks they'd make on that! Perfect way to handle this mess.

Jim:  Yes I agree with that but do you really think an older Govt person would do that? It would have to come from the Pres himself if he even knows of it.

Sharon:  Imagine this message "Proud America! The Land of the Giants! Everything here is bigger and more powerful!" (subtle message, even incorporating the giant into designs for the USA)

Jim:  That is funny!