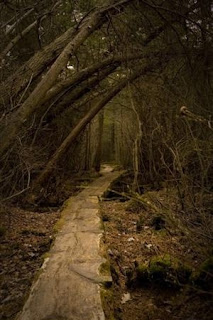 Many legends of cryptids around the world involve man and an animal, such as a dogman, mothman, lizardman, and such. There are also interesting cobbled together descriptions of mismatched parts one creature, such as the Jersey Devil. Let's have a look at these hybridized legends and enjoy the shivers they produce - 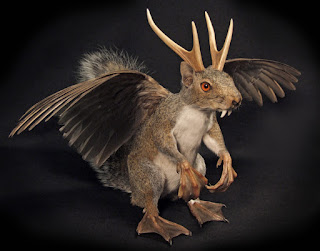 The wolpertinger is a legendary cryptid of Germany's Bavarian Alps. These hybridized creatures were said to be mischievous. They are now proud pieces of cobbled art that are the thing of tourists.

The wolpertinger looks usually involve antlers, wings, fangs all on the body of a small animal. 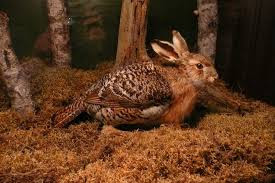 Not to be left out of the running for interesting cobbled rabbits, Sweden has the Skvader. It was pieced together by a taxidermist in 1918. Part of it were rabbit, parts of it were a female wood grouse. 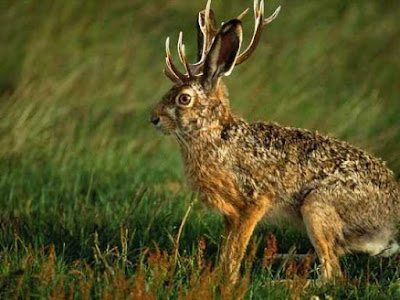 Here in the United States' southwest, we have the legendary Jackolope that often adorns a wall plaque in tourist traps. This one is a rabbit with antlers. 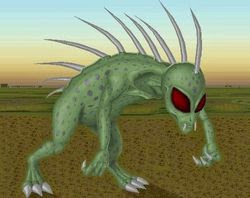 This legendary hybridized-appearing creature is said to really exist in Puerto Rico. It is said to suck the blood out of its victims. Descriptions include red or black eyes, 4' tall, hair was close to the body and short, snake-like tongue, spikes on its back that may be used as wings. 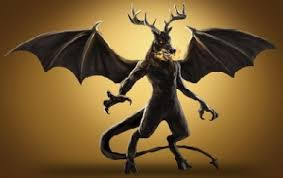 Said to inhabit the Pine Barrens region of New Jersey, the Jersey Devil has nearly become a national image and brand. With a kangaroo-like body, wings, horse's head, cloven feet and forked tail, it is definitely a shiver-producer. This is also one that citizen report witnessing.

Which creature would you most like to REALLY exist?