The Paranormal No-Man's Land in America 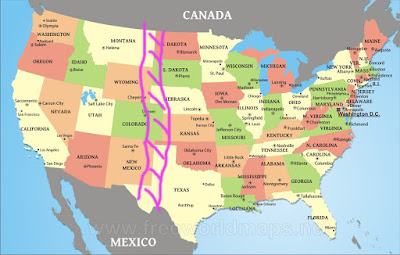 In my research of paranormal regions, I came across an interesting find, a strip of the United States that seems to be oddly without paranormal reportings. Now, it could be related to population density, until you take into consideration ancient factors before Europeans even settled into the Americas.


What is this paranormal no-man's land and why does it exist?

First, we look at incidentals, such as population disbursement. Yes, lower populations in these areas than the general US, fewer settlers. Is there lack of resources that could be attributed to it?

Let's look at geology of the region- 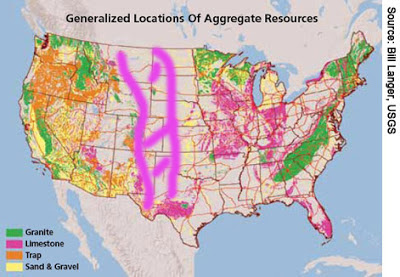 Not a lot going on geologically, but then there are also some geological yawners in the Deep South, North and South Dakota all together and the Four Corners region (rife with paranormal).

How about river basins? - 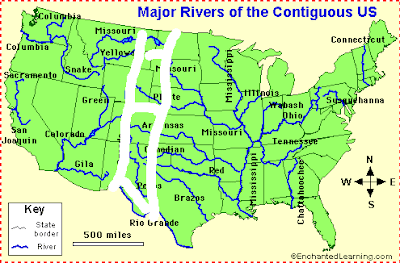 There does not seem to be a lack of water resources in this region. 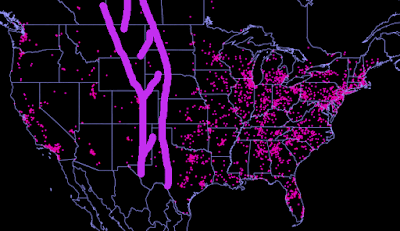 The region is suspiciously low on hauntings which could be incidental given the amount of population and amount of time settled in the region, however, Eastern Washington State has a fair population represented and yet not much in the way of hauntings reported. 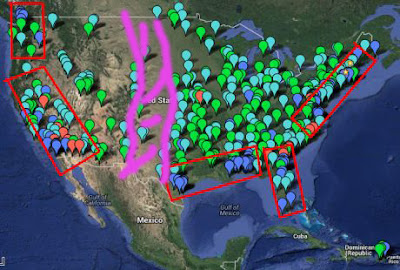 Coastal areas are well-represented for UFO sightings, perhaps simply more viewing sky, but even the corn  belt with not a real dense population has a lot of sightings and yet this region is nearly devoid. 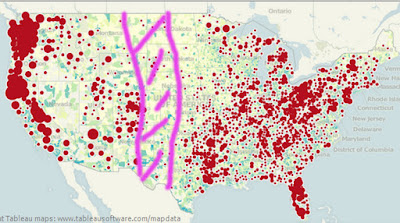 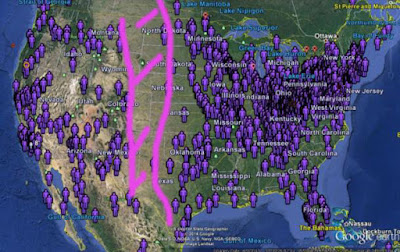 This next map explains something interesting about our country. This map is of the regions with no coastline and no navigable inland waterways. If you look to the Mississippi Valley/Ohio Valley area where there were navigable waterways to the sea, it was the greatest region of the ancient giants and other civilizations. 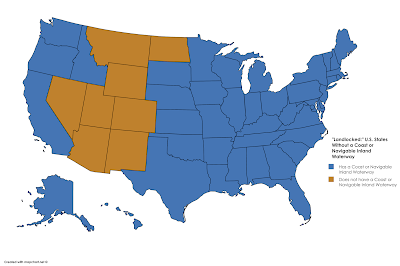 areas with no coastline and no navigable inland waterways

Region is east of continental divide It is hard to evaluate these maps without whining about the less dense population in this zone, but when we look at the ancients, it would appear that coming across ancient giant skeletons in this corridor was extremely tough. Even the ancients didn't want to be there. Why? There is plenty of water, plenty of farm lands, lots of wildlife.

The Continental Divide in the Americas is the line that divides the flow of water between the Pacific Ocean and the Atlantic Ocean.

The continental divide runs from northwestern Canada along the crest of the Rocky Mountains to New Mexico. Then, it follows the crest of Mexico's Sierra Madre Occidental and along the Andes Mountains through South America.

Not seeing much to explain why the eastern side would have some unusual paranormal void except that as indicated, runoff goes east or west from the divide.

Let's have a look at the US population map - 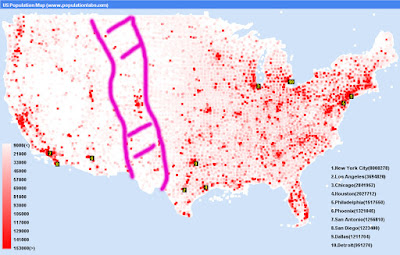 Not much to show that this is particularly barren compared to other areas.

Taking all of this into consideration, having people present is vital to having more sightings and encounters.

One thing we might elicit from all these maps is to glance back at them and consider population density. Seattle, San Francisco, LA, New York, Ohio.... We can see that people settled where there were resources, including ancient giants, and they are also regions that an ancient giant or perhaps a present day giant might find resources. Over time and history these locations also might provide more hauntings or just more people to observe the hauntings.

What we do know is that the commonality is people. Where there are people, there are all the elements for phenomena that humans register and take note of, such as UFOs, hauntings, Bigfoot...

Without the human presence, phenomena is neither noted nor pursued. 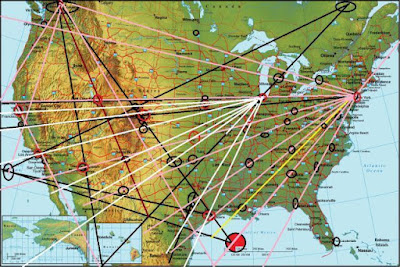