How Will Bigfoot Be Exposed Publicly? 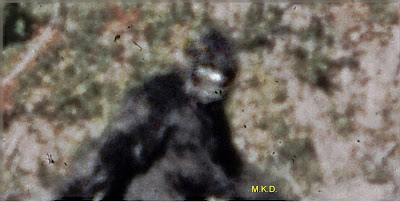 Thank you MK Davis for the best images possible of Bigfoot

There will come a time when the Bigfoot mystery is finally a fact. It is inevitable that recognition of them without question will occur, but in what scenario is this likely to happen?

The government is well aware of Bigfoot. There is not much in our homeland that they haven't accounted for as some things are potential resources and others secret knowledge.

As well, you can be certain from the time of arrival to the New World, the Europeans were accounting for every tribe, every legend, everything sighted in the woods. Recall that early in our history, hunting for food and trapping and tracking animals in the wilderness sent a great many people into the forested areas, as well as encountering the Bigfoot tribe that was not used to such intrusion.

But why hasn't our government recognized the Bigfoot? There are plenty of reasons why not.

Original knowledge of Bigfoot came likely around the same time as farmers were digging up giant skeletons and the government started an ethnology department to stow these away. The very reason they don't recognize Bigfoot might be a continuation of the reason they hide giant bones. Today's Tall Ones would bring to mind a giant race that they have kept hidden since as far back as the 1700s.

What could the government do now if they had a Bigfoot in their hands? Well, they can't tell the public. Imagine the outrage? There would be one faction saying "you can't cage a person!" Another faction would say "this animal is rare, put it in safe keeping in a zoo in case it's the last one."

The government would have to admit that there are feral tribes of humans in the forests that they cannot catch, maintain, measure, weigh, immunize, or put on Reservation lands.

The exposure of another form of man still walking among us would also bring on religious anxiety. After all, aren't Homo sapiens supposed to be best in breed and ONLY survivor in breed?

The government is not likely to EVER recognize Bigfoot because it works to their advantage that you and we cannot capture or prove them and the citizens go around scratching their heads and wondering if they could be real while their numbers dwindle and they slowly go extinct by attrition, therefore never proven to exist at all. Problem solved. Maintain status quo and the problem goes away on its own at no expense, bother, or upset to man's egotistical and religious tendencies.

The most likely scenario for Bigfoot becoming real is what we are seeing in urban locations today. The precursor to us proving Bigfoot is somewhat like the native Ishi. 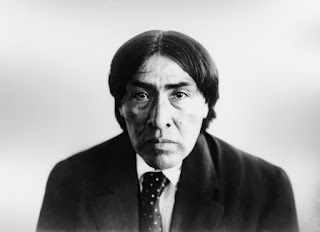 Ishi was a native of a Yahi people, a tribe that was thought extinct and had taken to the hills in California. In 1911, this 50-year-old native was caught foraging for meat in desperation in an area where he was discovered.

So far as anyone knew, his uncle and sister had fled an attack on their small encampment in the high country and Ishi was the last known feral native. He did of tuberculosis, a disease he had not been exposed to in the wilds.

Long ago, habituation was the closest Bigfoot would come to interacting with us. In these cases, they were hunting and living on the lands owned by a family. They were aware of each other's presence and allowed wide berth. I even had an aunt in the hills of WV who used to leave food on the edge of the woods regularly on a tree stump.

Even with their being a directive among the Bigfoot to avoid us or face extinction, they have been finding free easy sources of calories and items from our city limits, expanding their reach into suburbs and urban areas.

This kind of dangerous action is not only bringing them within our sight, but also making the youths of their tribes pondering our interesting world, our cars, our toys, our homes, and abundant food.

Bigfoot elders have taught their little ones to never be seen or heard. They have likely created legends based on why they must never come in contact with us or be known and they could include exceptional stories of us killing and eating them or having killed the ancestors, driving them into the wild, and killing them every time they find one. With that kind of upbringing, stealth is the priority.

But, imagine the youths today who have opportunities to watch us all day long from their vantage points. It would become apparent they would question the elders' understanding of humans. In the "old days" the clans might have avoided seeing man all together. These human-exposed youths might take more and more risks to come close, to interact, to befriend.

At some point, a clan might escape the woods and come to someone's porch, perhaps let a car watch them standing by a roadside, or shimmy into a dumpster and let the angry owner shaking his fist interact with them.

In other words, there will likely be youths who seek refuge with the short hairless ones. They might not wave a white flag, but they might think it's worth the risk to live in our abundance and not have to hide any longer.

There is always one daring rebel who prove the establishment was wrong and the world won't end if we do something we aren't permitted. 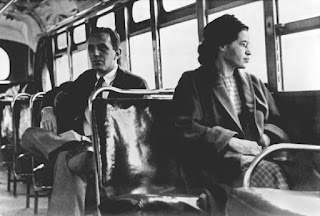