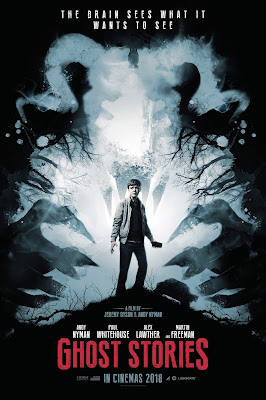 At first glance, the new horror movie, "Ghost Stories" sounds a bit like the British horror movie premise of "The Awakening," but on a deeper glance, it's an intriguing premise.

Arch skeptic Professor Phillip Goodman embarks upon a terror-filled quest when he stumbles across a long-lost file containing details of three cases of inexplicable 'hauntings'.
The film premiered at the London Film Festival on 5 October 2017, was released in the United Kingdom on 6 April 2018 by Lionsgate.

I know I've got to see this!