A Tale of Ghostly Greed: Guest Post by David Claerr 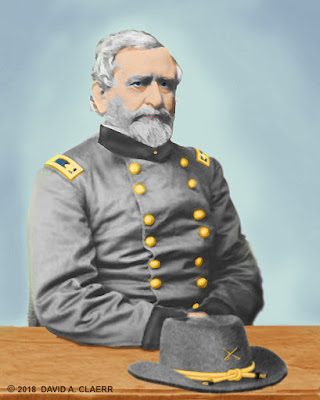 How I perceived the avaricious ghost


A Tale of Ghostly Greed
a guest post by David A. Claerr

I don't often think of myself as being psychic in a long-term, continuous sense, but once in a blue moon some strong impressions, usually visual, will enter into my consciousness in a vivid and detailed flash within my mind's eye.

A series of just such events occurred several years ago, when I was working as a artisan deigning and assembling costume jewelry. One of my female co-workers that I used to sit and eat lunch with was a normally jovial and down-to-earth person with rural roots, who lived in a small town probably forty miles distance from work.

One day we were talking about houses, since I was in the process of purchasing one. Jolene, the co-worker, mentioned that she was renting “a big old house in the country”and although she liked the spacious house and grounds, there was something a little unsettling about it, with mysterious creaks, knocks and even something like groaning sounds in the night. We discussed the obvious things, such as a settling foundation, tree limbs bumping or brushing against the house, etc..at which point the lunch break ended and we went back to working.

After a few days, Jolene came to lunch, and with a air of puzzlement, and began to relate that her 6-year old niece, who had been visiting on the weekend, came into the living room and asked her: “Who was that man in the kitchen?”

“The man in the gray suit sitting at the table.” replied the niece.

Jolene jumped up and ran in the kitchen- there was no one there.

After she finished the story, I suddenly had an image of an elderly man with a trimmed mustache and beard sitting at a table, wearing a gray Confederate uniform. A cavalry-style hat was on the table. I asked Jolene if her niece had said anything about a beard. She replied “no”, and I suggested she ask the niece a few questions about his appearance. So that evening Jolene phoned her and the niece said, without prompting, that he had gray hair and a beard.

When I heard about this the next day, I had another visual impression, this time, of the house. I asked Jolene if the house was red brick with tall white columns and a portico in front. She said yes, it did. Then I “saw” inside of the house and asked if it had a long and slightly narrow living room with a big brick fireplace at the end. She replied “Yes.” again. Then I asked her if it had wainscoting along the walls.

“Something like wood paneling from the floor to about waist high. I see it painted a pastel green. The walls above it are white stucco.”

I explained that it was a mental impression. Then I had another perception, it was as if I saw through a section of the wainscoting, and could see items hidden behind the panels, Without telling her what I saw, I asked: “Do you know anyone who has a metal detector?”

She thought a minute and said: “My son Duke has one. He's grown up now and has his own house.”

“Have him scan along the wainscoting and see what he finds. I'm fairly sure there are some objects hidden there.”

Jolene arranged for her son to come the following weekend. For my part, the impressions were so vivid that I decided to check the county registers at the courthouse for historical records about the house in question. In a surprisingly short time, I found that the house was built in the late 1800's by a former Confederate Colonel. Further searches revealed that the Colonel had previously ridden with the notorious Quantrill's Raiders, who had a reputation for looting, pillaging and marauding on both sides of the Mason-Dixon line during America's Civil War. My hair fairly stood on end as I was reading these accounts. ( I took notes on the historical data, but I have decided not to divulge the details publicly since there could be some rather severe consequences for anyone investigating the premises.)

The following Monday, Jolene rushed into work and made a beeline to me when she saw me across the warehouse.

“David, you'll never believe what Duke found! The detector went off like crazy at one section of the panels, Duke pried at the panels and a section popped right off, and there were muskets and pistols, bullets and a sword, all from the Civil War!”

I just nodded and handed her the notes I had taken about the house and the Colonel's history. She was still so excited she could hardly read it, but she got the basic message. I was also a bit excited, but had a sense that something did not exactly bode well with the whole situation. But we talked about the Colonel and Quantrill's Raiders and the old, plantation-style house for a few days. Jolene brought in pictures of the weaponry the next week and said her son was having them appraised.

By the second and third week, Jolene was mentioning with increasing concern that the poltergeist activity was increasing; more knocking and creaking all the time and now objects apparently being knocked off of tables and dressers. This went on for some time.

Then one day Jolene came into work, bedraggled and ashen-faced and said: “ I have to move out of the house right away. Last night I was standing in the kitchen and a big copper pot flew off the rack and crashed into the wall while I was looking at it! I didn't sleep a wink and I'm not going back except to pack up my stuff.”

Right then I had another visual impression that was strong enough that I rather insensitively asked whether her son, Duke, had scanned the brick fireplace at the end of the living room.

She blinked hard and looked at me incredulously: “No, why?”

As if in a mild trance I said: “Because the Colonel hid his gold under the fireplace.”

“Are you CRAZY! I wouldn't touch that gold- why, why it's CURSED!! The Colonel would haunt me the rest of my days! NO WAY! I'm moving out!

I felt chagrined and embarrassed that I had even suggested looking for the gold. Of course that would send the Colonel on a rampage. He must be one guilty, greedy ghost, clinging to his ill-gotten treasure, unable to pass on to the next level of existence.

About a week later Jolene, who had been staying with her husband and daughter at a friends house, went back to the Colonels mansion with several male relatives to move out their belongings. While they were there, several people saw objects levitate in the air and fly across the room, some smashing into the walls! Dresser drawers spontaneously slammed shut after they removed the clothes. By the time they had removed the smaller and more essential items, all of the members of the moving party were so freaked out that they just left large items in the house, like the beds, a sofa and some armchairs, rather than go back inside the house again!

Jolene's family rented a house in another town some twenty miles distant. I don't know what happened to the weapons, which were kept by the adult son elsewhere. Thankfully, the Colonel did not follow Jolene's family to their new residence, probably because he felt compelled to stay and guard his horde of gold!