10 Horror Movies I Can't Live Without! 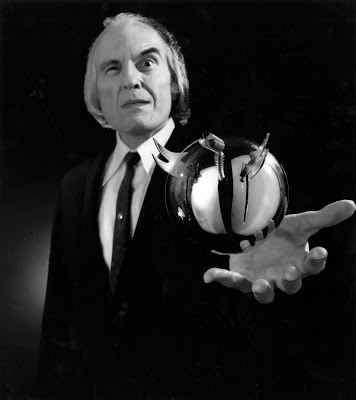 Wow, this list was harder than I thought. Yeah, I own hundreds of horror movies, but if I could only keep 10, I'd have to consider things like - variety. Sometimes, you need a zombie movie, but with only 10 movies to choose--which one??? So, I had to keep in consideration that if I could only watch 10 horror movies the rest of my life, which 10 would I just not be able to live without and that would satisfy all my needs?

Jaws
I believe this is the best movie ever made, so I'm biased. Every aspect of the film was absolute perfection and if I was only allowed one movie for life, this would be the choice. This satisfies my desire for dialogue, characters, the sea, terror, and beautiful filming. It's a perfect "nature" horror.

The Haunting
This is the original 1963 version I'm talking about. This black and white classic based on the awesome Shirley Jackson novel, "The Haunting of Hill House," is ghost perfection. I remember seeing this on TV as a kid, in my haunted house, and for the first time, I was actually scared of my house because the movie's haunting was so similar and the characters were scared. It's a perfect ghost horror.

This film was very atmospheric and easy to project ourselves into the role of a hired nanny who must babysit a doll. It has a wonderful soundtrack, plenty of tension in a big old creepy house, and the question about - what is up with the doll?

The Birds
Classy and slick, this is the one Hitchcock I'd have to keep. Although I love the others, especially Rear Window, this one has more horror and less character study. It plays out like a gorgeous painting in movement. It's retro enough too that it gives it an even more freaky feel. It's a perfect isolated us-versus-them horror.

Halloween
It's hard to walk away from this movie. I can't think of another movie that I can watch repeatedly for decades and still enjoy it. The music. The stalking. The babysitter heroine. It's just too clssic to leave behind. It's a ritual every Halloween and even in the summertime when I darken my home, turn down the air conditioning and curl up to pretend it's October again. It's a perfect seasonal horror.

Jeepers Creepers
This movie was just plain old-fashioned scary storytelling. It had creepy settings, a freaky nasty monster, and two vulnerable kids. Had they changed the ending, I would have said this was ideal, but they really screwed up the ending. So, I watch up until that ridiculous moment. It satisfies my need for an urban legend come to life and a really nasty monster. It's a perfect evil monster horror.

The Shining
The mood, the isolation, the setting, and the psycho. It's all there in this movie about a trying-to-be-sober alcoholic writer and his family who become isolated winter guardians of a resort in the mountains and the slow deterioration of his mental state.

The Lost Boys
This one is just fun, from the soundtrack to the brothers moved to California by their divorced mom and stuck living along outcasts and freaks. The town has a vampire secret that soon becomes apparent. If I needed one vampire story, this one would meet a few criteria for campy, stylish, soundtrack, and vampires.

Phantasm
This freaky cult favorite went under the radar when it was released. It really became popular when it went to video. It's an interesting storytelling, but the dark atmosphere, super creepy music, and freaky goings on at a mausoleum make it a fantastic telling. The Tall Man became infamous in this flick as a badass bad guy. This movie really tapped into fear and it feel so alternate reality that you walk away from watching it wondering if it's part of your own dark past life experience. It's the perfect dark nightmare horror.

The Creature From the Black Lagoon
I adore 1950s sci-fi and I also always wanted to be an archaeologist, so this one is about as exotic and spooky, classic and classy as it gets. I love the sound effects, the pacing, the underwater menace, the beauty and the beast scenario. It's just so classic I could see it a million times. It's the perfect 50s scifi horror.