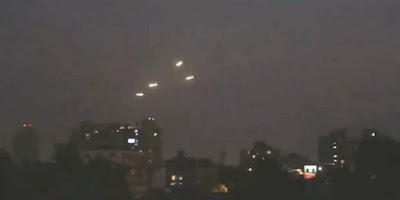 UFO sightings are often dismissed and forgotten when there is only one witness, or perhaps just a handful. However, mass sightings are talked about in the news and, thanks to social media and cell phones, shared with the masses. Let's look at some mass sightings that were quite impressive. In February 1942, an air raid was called over Los Angeles, California. This occurred just a few weeks following the Pearl Harbor bombing by the Japanese. Many dismissed the incident due to hysteria following the advent of the war.

LINK: Air raid sirens sounded throughout Los Angeles County on the night of 24–25 February 1942. A total blackout was ordered and thousands of Air Raid Wardens were summoned to their positions. At 3:16 am the 37th Coast Artillery Brigade began firing .50 caliber machine guns and 12.8-pound anti-aircraft shells into the air at reported aircraft; over 1,400 shells would eventually be fired. Pilots of the 4th Interceptor Command were alerted but their aircraft remained grounded. The artillery fire continued sporadically until 4:14 am. The "all clear" was sounded and the blackout order lifted at 7:21 am.

Several buildings and vehicles were damaged by shell fragments, and five civilians died as an indirect result of the anti-aircraft fire: three killed in car accidents in the ensuing chaos and two of heart attacks attributed to the stress of the hour-long action. The incident was front-page news along the U.S. Pacific coast, and earned some mass media coverage throughout the nation.

There is no surprise that, like another incident that would happen in the 1940s, the government said it was a stray weather balloon.

Citizens were adamant about the strange lights and feelings of personal threat. It's also rather interesting that apparently the military was hysterical enough to shoot down a weather balloon. If you're interested in photo enhancements and the case for a UFO, check this LINK. 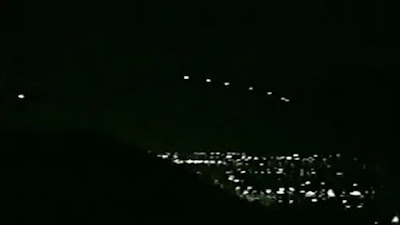 In March of 1997, things were quiet here in the Valley of the Sun. My home was directly under what would be a showcase for one of the most publicized mass sightings ever. Strangely, I went out the night before to look in that direction to see Hale-Bopp comet and then went back inside. I did not go out the next evening.

That evening, two separate things occurred and confused the citizens of the State of Arizona. One report came of a v-shaped silent craft with lights going overhead, gliding along, blotting out the stars. It appeared to be going from up in Nevada, down the State of Arizona southward. Those underneath it were in shock in amazement. Some reported seeing it glisten underneath like a shimmer.

Then, photos were taken of lights above South Mountain in the Phoenix area. There were many hundreds of witnesses and even the governor of the state, who mocked the event on the air, later admitted he had seen the craft himself.

LINK:  Twenty years later in 2017, actor Kurt Russell claimed to have been piloting a small plane to Phoenix with Oliver Hudson that evening when the two saw the formation of lights over the airport. Russell reported the lights to air traffic control who told him they were showing nothing on radar. 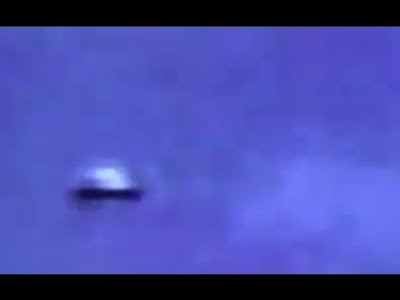 In 1991, citizens of Mexico came out to view an eclipse but got more than they bargained for!

The unknown metallic object in the sky had everyone's attention.

LINK: Nineteen-year-old student Erick Aguilar and several of his friends also claimed to have seen the object while on a rooftop. Erick was setting up a video camera to film the eclipse when his girlfriend spotted the object. While looking at the sky, they only saw a white dot at first. However, when they looked more closely, they saw that the dot was shining brightly.


At the same time, about sixty miles away, a businessman named Luis Lara videotaped an object almost identical to the one that Erick taped. He could see a shadow beneath the object, confirming to him that it was not a star. The Breton family also filmed a similar object in Puebla, eighty miles from Mexico City. In this video, there was an odd, wave-like disturbance behind the pulsating disc, possibly an energy trail. Despite being one hundred miles apart, the objects in the videos were very similar.

Since the mass sighting, more have occurred in Mexico. One has to wonder if mass sightings are dependent on events that draw people out at night to see the sky, whether it's meteor showers, volcanoes erupting, eclipses, or comets.

This LINK will show you 8 of the best places to encounter UFOs around the world.