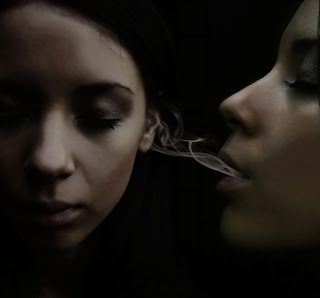 They come and go like it's a bus station.

I hear people often talk about issues with transient hauntings. They might have lived there a long time and never run into problems, then BOOM! Or, they had some haunting problems in the kitchen with a little girl's voice and then later in the bedroom felt a male presence who came and then went after a week's time. The types and locations, as well as time periods shift. Let's look at some possible types and explanations -

Recent Death Of A Loved One


These transient hauntings are very common. One haunting that fits into that category neatly is the recent loved one who passed on and visited and then over time, disappeared. It's usually the time of death to 24 hours later that people have an encounter with a newly deceased family member.

Over time following a passing, we might dream about them and this takes the pattern of acceptance of death; first we dream they are still alive and it's perfectly normal, then we might dream they are dying but they don't it and we are afraid to tell them, and then we dream about them and in the dream remember they are supposed to be dead. Those are different experiences than an actual encounter. In those instances, we are awake.

Different voices, different feelings, different features, different places in the home--all typical features in transients. These can be exasperating because just as you think there are voices in the den, they suddenly show up in the master bedroom with a different sound to them. Perhaps you are used to footsteps in the hallway and now you are hearing them in the basement.

I recently talked with someone with the issue of a new entity talking to her child. Some children and some people are simply good receivers of communications from the other side. Like the ghost whisperer, entities will approach and see if the person notices them.

It's like this - You're in Italy and you go up to all the shop owners, speaking and hoping to find the one who speaks English. So it seems to be in the spirit world. Some of us are capable of feeling a presence, others of stopping and noting it, and a few exceptional ones will hear or see them.

There are various stages of a child's development where their ability to perceive can be heightened and they are capable of communication or perceptions they weren't before. In a lot of cases, they outgrow this unless they are encouraged to focus on inner cues versus focusing on peer cues.

I compare this to being pregnant. When you are pregnant, your sense of smell is heightened and sensitive. Simple smells can make you nauseous suddenly. It only lasts during the hormonal phase, but chemical/hormonal changes in children can make them temporarily sensitive to other senses.

Haunting Stops All Of A Sudden


The house seemed really active and almost predictable and then, out of the blue, no more of the usual culprits. The cabinets no longer bang, the voices in the attic are gone, and the footsteps on the stairs cease.

In these cases, the first thing that comes to mind is to ask if only one person was perceiving it and they no longer note it. It could be a case of someone whose focus has shifted. The other possibility is that all the "haunting" features were something explainable, like new work done on the foundation that has finally settled in during warm weather and quit making noise.

I encourage families that have activity to leave a spiral notebook and pen out in the open. Whenever anyone has an encounter of some kind, write down the date, time, and location/witnesses/description. This running tab can help find patterns, such as it only occurs at midnight or only Johnny is putting entries in the book.

The very occupants of a home affect haunting a great deal. The house I grew up in has had several owners since we left, but some were more bothered with more activity than others. At times, our home quieted down when a member of the family moved out or another moved in. Sometimes this caused disruption, other times it correlated with quiet.

Just because the activity stopped doesn't mean it will remain that way. Continue to encourage logging of any events. Over a year's time, you can learn much.

Occupants Moving In and Out

As a psychometrist (one who psychically reads objects), I often tell people that their objects aren't bad in their collection, they simply need to move them around so opposing energies don't clash and cause disturbances that can affect us and the environment.

People also generate a chemistry or a milieu for a home. There is good chemistry and there is conflicting chemistry. One member of the home moving out or moving in and the balances change and energies can clash.

What's up with that? Well, let's compare the human body's electrical and chemical to something we can identify with our five senses. We can smell a person who is sweating or hasn't washed. Mind you, we aren't seeing their body odor, but we are smelling it from a distance. What goes on in our body doesn't just stay contained in the body. What some refer to as the human aura shows that we are all little energy generators that are like the sun - with an aura all around us.

There are earth-based factors we have yet to understand in the field of the paranormal. Geology, weather catastrophes, geomagnetic storms (solar activity), and seismic might all have something to do with activity and quiescence.

Something Changes in an Individual's Perceptions

Sometimes, it's not a matter of a haunting coming and going, but a situation that resides within the resident. Like with psychics, we can test our skills daily and find certain days where we are spot on at picking up and interpreting input and other days we are utter flops.

So it seems to be with any individual.

The haunting situation may not be gone so much as the person residing there is not as perceptive as usual. These things can include depression, anxiety, anger, grief, and simply a busy life that keeps one attuned to only the superficial.

In the case of transient hauntings, nothing needs to be done. If you ignore the situation, it resolves itself because all the elements above change over time.

It's rather like the tree in the forest; you need a person present to perceive it. When it comes to transient activity, short-lived hauntings have a way of wearing down, dissolving, going the way of attrition. It doesn't mean a burst of activity might not happen again, as the environment and the tenants in the home show a chemistry that is possible. But, all in all, short-lived hauntings are the most common.