Newspaper Clippings of Ancient Giants Around the World! 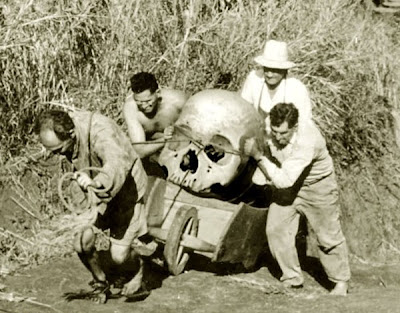 
I am intrigued by the dozens and dozens of stories and supposed photographs of giant skulls discovered around the world. The problem is that many photos are hoaxes and the stories are generally not supported by true traceable sources or actual skulls to evaluate. This photo above is an obvious fun play on the theme, but there are photos from publications that reveal skulls that many witnesses report could have been pulled over the their own head like a bucket capacity in size. Let's revisit these -

In 1879, a burial mound in Brewersville, Indiana yielded another giant skeleton, according to the November, 1975 edition of The Indianapolis News. This one reached 9 feet 8 inches tall! It wore a necklace of mica stone, and a crude human effigy of clay was found standing at his feet. The giant skeleton was examined by scientists from Indiana and New York, and it remained in the possession of Mr. Robinson, who owned the land on which the mound stood. Unfortunately, the curious bones were washed away in a flood in 1937.

The December 17, 1891 issue of the respected journal Nature reported the discovery of a giant man buried 14 feet within the center of one of Ohio's mysterious burial mounds. The enormous man's arms, jaw, arms, chest and stomach were all clad in copper. Wooden antlers, also covered with copper, rested on either side of his head. His mouth was filled with large pearls, and a pearl-studded necklace of bear teeth hung around his neck. Who this man was, or to which race of people he belonged, is unknown.

In 1911, miners were digging out layers of guano from a cave located about 22 miles southwest of Lovelock, Nevada when they happened upon the mummified remains of an individual who must have stood 6½ feet tall when alive. A tall Native American, perhaps? Probably not, since the mummy was still crowned with "distinctly red" hair. Amazingly, the ancient legends of the local Paiute Indians described a race of red-haired giants - called Si-te-cahs - who were the enemies of many Indian tribes of the region. 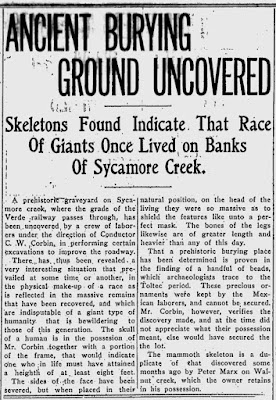 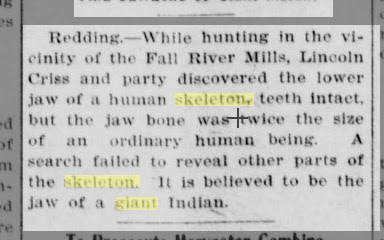 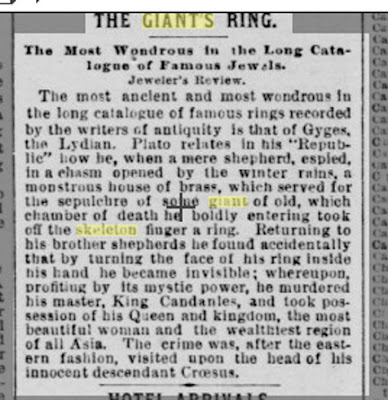 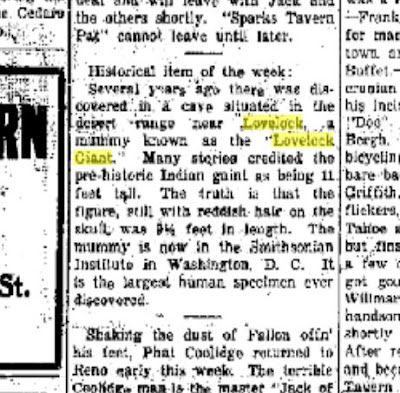 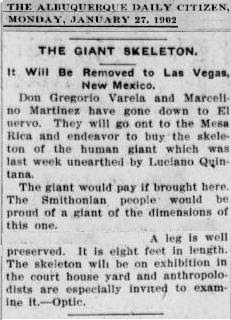 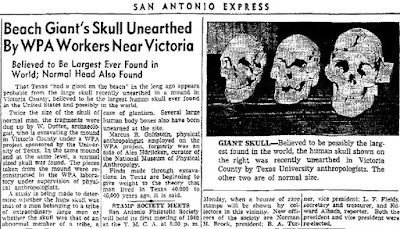 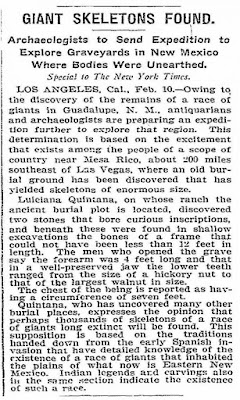 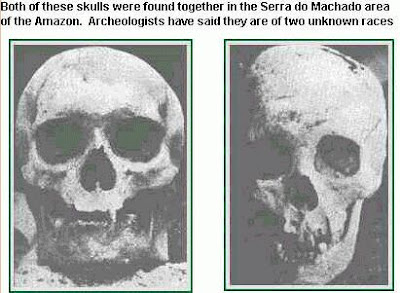 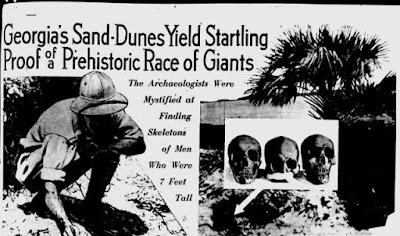 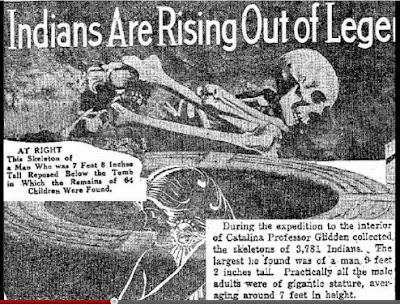 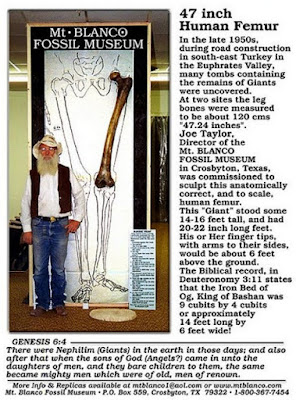 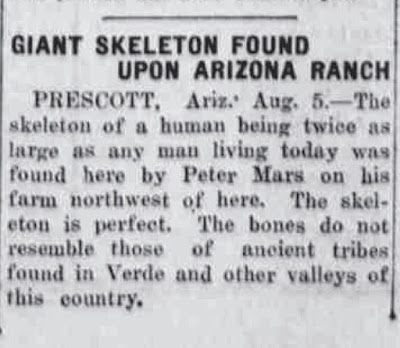 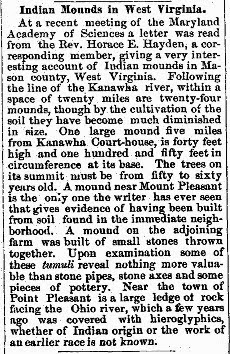 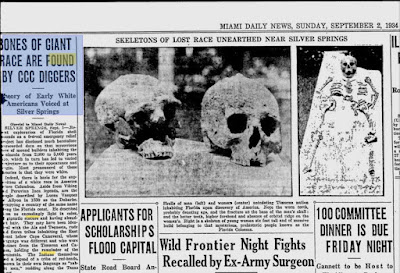 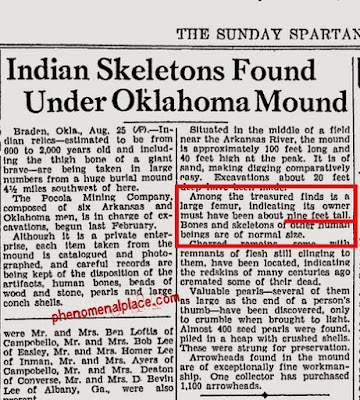 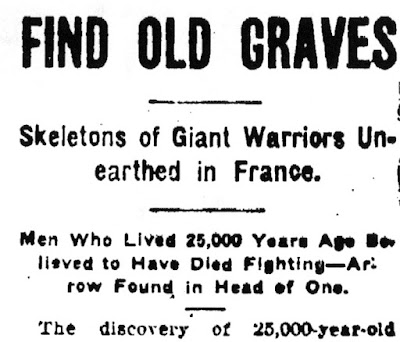 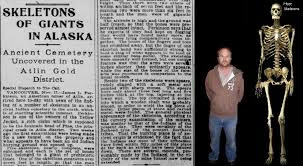 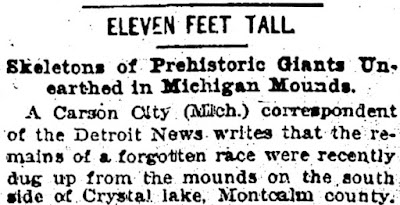 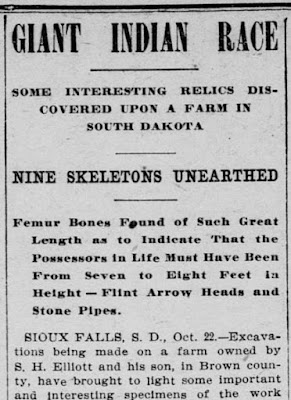 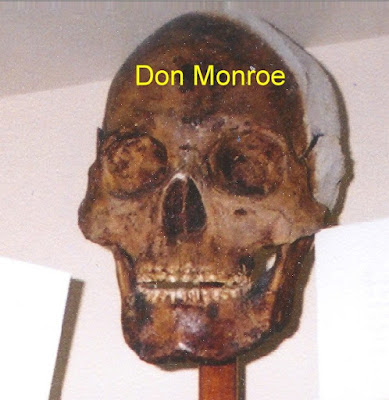 Taken by Don Monroe in the 70s when he was allowed in the basement of the Humboldt Museum to see the "red-haired giant" skull from Lovelock Cave.

I leave the reader to consider why newspapers for over 100 years have been reporting giant finds around the world. Why? Why would they all be fabricating these finds? There are better news-worthy things to lie about. Why the running theme of unearthed giants?

What can we assume from this body of evidence (this is only a tiny part of what's out there in the news)?

I suggest the book Ancient Giants Who Ruled America: The Missing Skeletons and the Great Smithsonian Cover-up by Richard J. Dewhurst, who did an amazing job of uncovering documents and sharing worldwide finds.