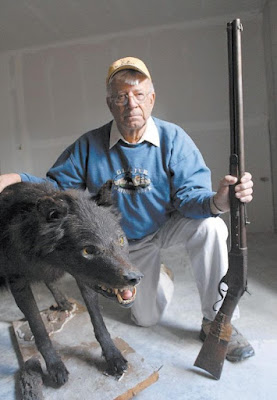 Every now and then there surfaces a creature that isn't quite "right" by standards of known ones. Some we can explain away by various methods of known creatures and others leave us, well, baffled.

The canid (above) was shot and killed over a century ago in Madison Valley Montana by a Mormon settler.
The stuffed creature (grandson of the shooter posing with it) was popularly named "Ringdocus." It has a wolf-like look but a sloping back and shorter hind end like a hyena. Strangely, these are the proportions reported in supposed chupacabra sightings. 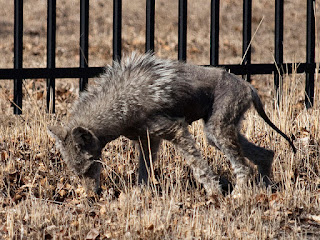 It had a narrow snout and faint stripes on its sides. In some ways, features that sound like a thylacine. 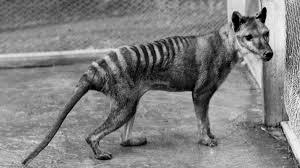 The thylacine, also referred to as "Tasmania tigers" were found in Australia, Tasmania and New Guinea. They were the largest carnivorous marsupials in the world but were thought to go extinct in the 20th century due to over-hunting by the locals hoping to protect livestock.

As this creature was shot in 1886, thylacines were still in the South Pacific, but it's rather hard to imagine any had been squirreled away to Montana to mate with local wolves.

It would seem by the odd coloring and shape of the creature, it was a hybridized canine. The question remains, what kinds of canids created this? 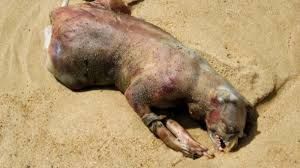 The "Montauk Monster" (above) is another creature that has baffled the public for some time. This creature was found washed ashore Montauk, New York in 2008.

Some possible explanations include: A turtle without its shell, raccoon, dog, or rodent. 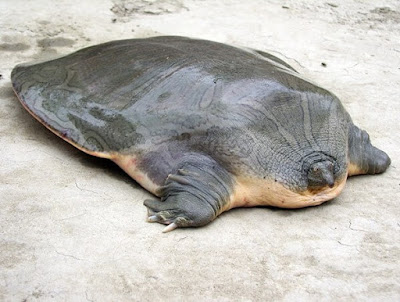 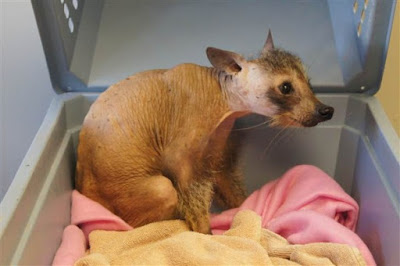 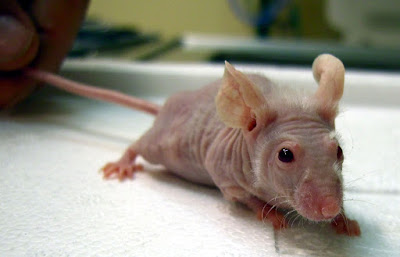 Are you having trouble correlating this, like I am?