Blog Entry Saturday: Top 5 Haunted Places in Ireland I'd Like To Investigate 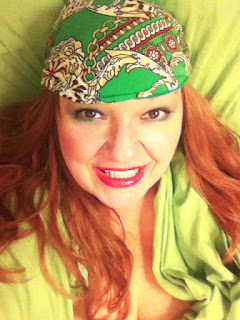 It's blog-entry Saturday, but it's also St. Patrick's Day and America loves Her Irish!!! I thought I'd share the top 5 places I'd most love to investigate in Ireland. As the Irish live with all they have, I can imagine they haunt with the same gusto! 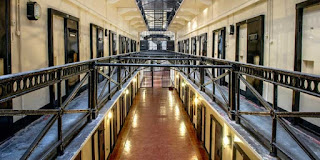 This 19th Century jail had a hanging cell, cemetery, and hospital. All of it saw violence, sickness and death for 150 years. Voices are heard, as well as strange sounds, and apparitions. 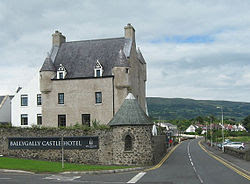 This utterly charming 17th Century castle is in a seaside community. It's utterly charming and works as a hotel. The ghosts here are known as playful and good. There is a lady who wanders, a green mist, and strange sounds. Lady Isabella's room at the top of the turret is said to be pleasantly haunted. 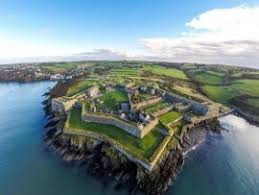 This gorgeous, seaside, star-shaped, 17th Century fort has a history as one of the largest forts in the country. For hauntings, it is best known for a lady in white spirit. It was said a young woman married a soldier and he fell asleep at his post and was shot for doing so. She reportedly committed suicide and is seen about the area.

It was said that there was a cairn atop a hill, but a gentlemen's club decided to build up there and used a standing stone in the fireplace of the new place. It was said to then be cursed. Later, it was taken over by a private club said to practice dark magic. Some said they were sacrificing servants and worshiping the devil. There are reports of familial animals and people dying and all kinds of dark and scary urban talk about this location. 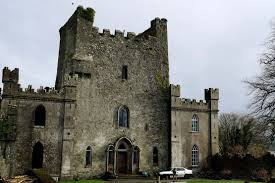 Believed to be from somewhere from 13th to 15th Century, this castle was held by a Chieftan, but over the centuries there were battles to possess it and it saw much death and destruction.  Two sons eventually fought for it when their father died and one son killed his brother, a priest. It is said the priest is still in the "bloody chapel."

Honestly, after checking out these Irish haunts, I cannot think of a better and more romantic getaway than Ireland's coasts for some fantastic beer in pubs with some of the best storytellers on earth, and a few nights in some ghostly locations.