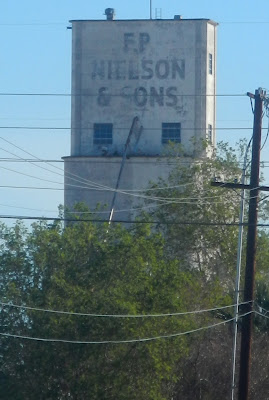 Two abandoned flour mills in the Greater Phoenix area had my best friend and me out photographing the historic sites. It had me thinking about abandoned industrial sites.


This mill on Broadway in Mesa, Arizona is an intimidating structure. I can't help but look at the top of it and think what a great penthouse with rooftop garden that could make. 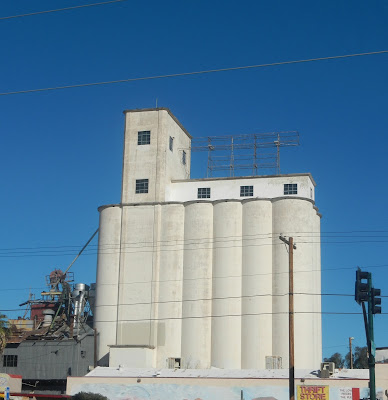 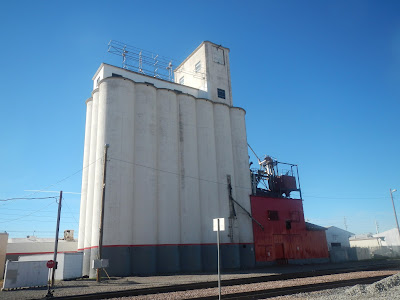 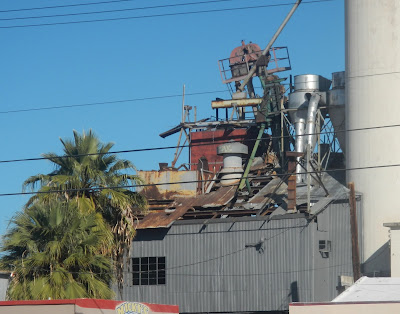 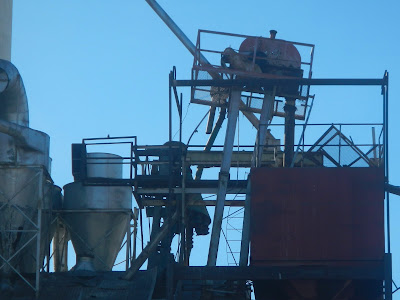 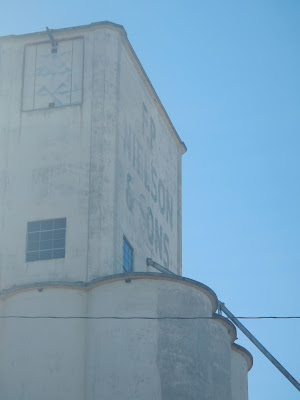 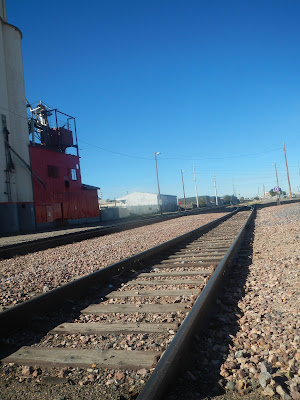 This Hayden Mill in Tempe, AZ is a favorite landmark for the ASU crowd. 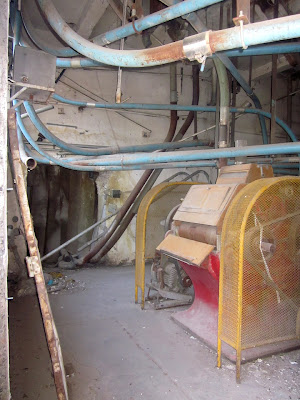 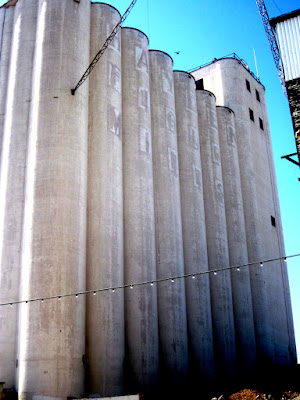 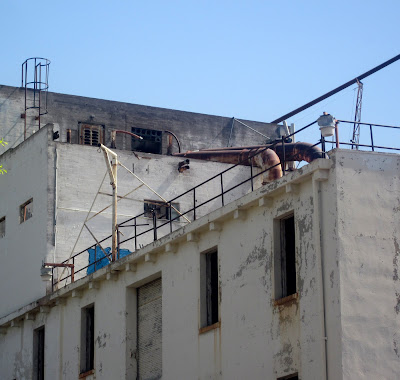 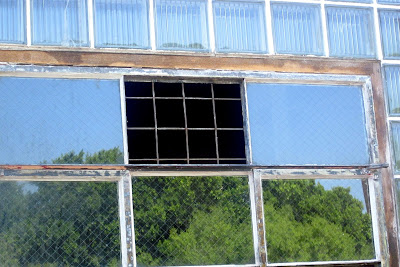 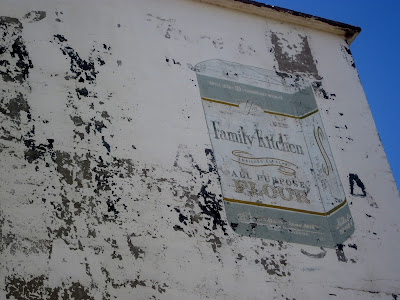 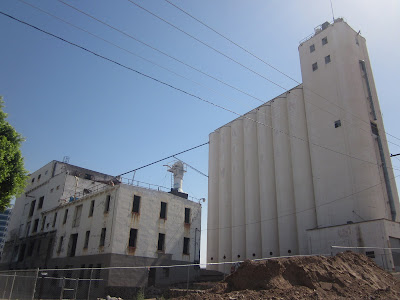 While taking photos of the Mesa mill, we noted an old Sunkist plant. 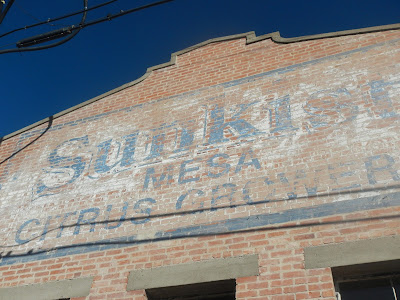 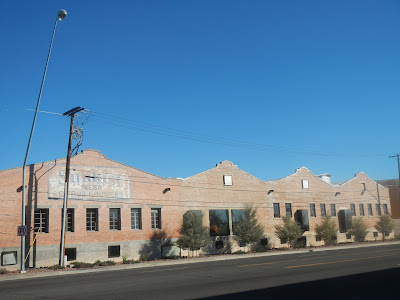 A trek to photograph buildings for Abandoned Places: Abandoned Memories (Desert Edition) had Julie Ferguson and I stumbling across an abandoned industrial building. 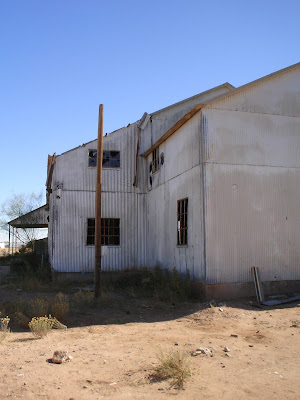 It was just past Halloween and it appeared some youths had an interesting party there. 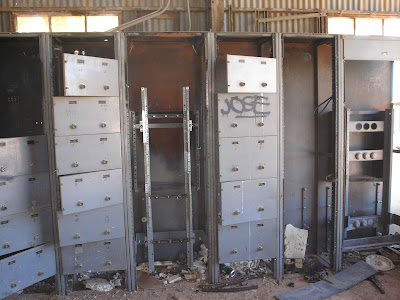 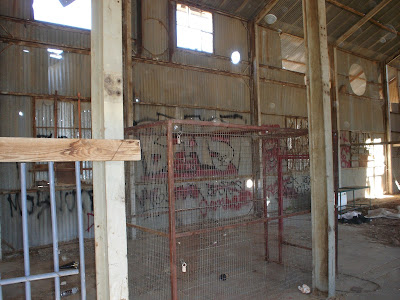 They had taken and built a box with a crank for a giant jack-in-the-box and the word "beast" was written all over the place. 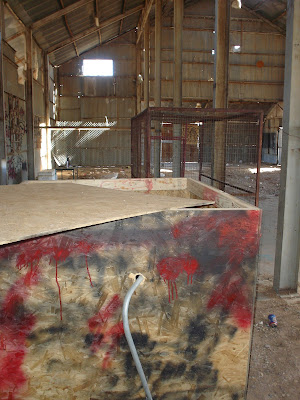 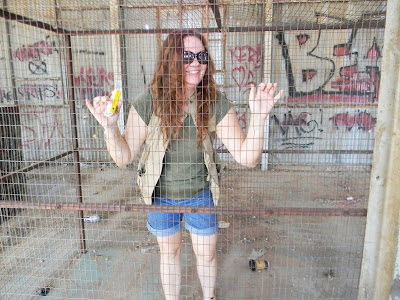 This was a cage they constructed.

It wasn't long after photographing this that it was torn down. That is often the way with these old places, especially the ones that people can take to using for all kinds of nefarious activities. 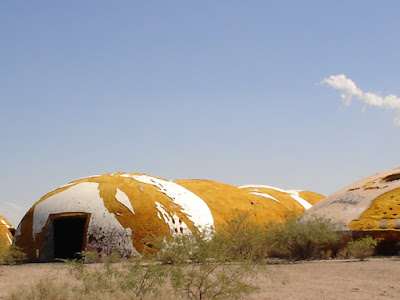 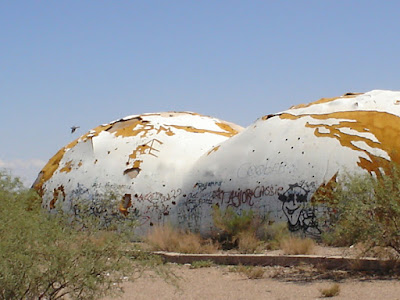 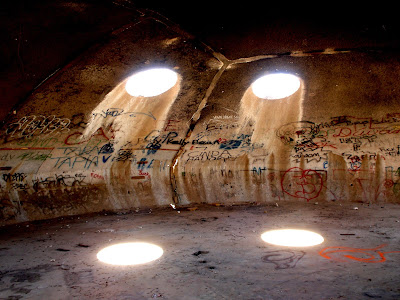 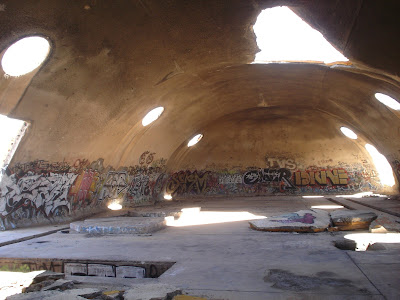 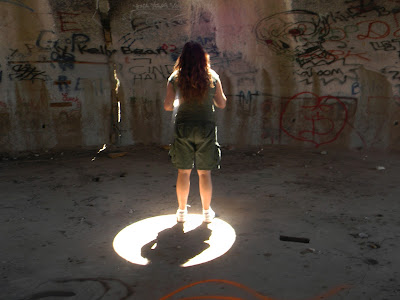 Industrial areas of downtowns often yield some interesting abandoned structures, many historic, awaiting some kind of urban renewal. In the mean time, they are glorious photo opportunities.