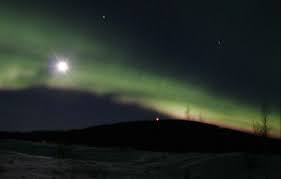 The Australian outback offers some amazing wildlife, vistas, geology and open spaces, but it also houses an unexplained phenomena, the Min Min Lights.

These "spooklights" got their name from a settlement called Min Min between Boulia and Winton. They were first reported in 1918, but the lights are part of aboriginal lore, so obviously a very long-time happening.

What had people on edge was the tough men of the outback were terrified by the lights. They understood nature and wildlife and what should be there and what shouldn't. The lights definitely didn't fit the criteria of "natural."

Perhaps one of the creepiest reports is of people driving in the outback, seeing the lights along the road, and following them, supposedly the car and driver never to be seen again.

And, so from the sightings of this phenomena, an urban legend was born - if you chase the Min Min lights, you will not be seen again. 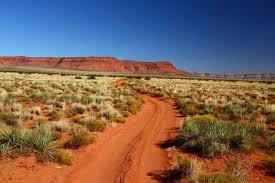 One scientist focused on visual sciences, thinks he has it answered - fata morgana. 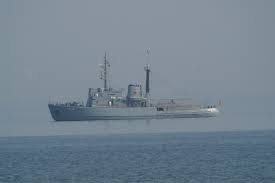 Professor Pettigrew believes the phenomena to be an example of fata morgana, an optical illusion that occurs under the right conditions.

LINK: “The Min Min light occurs when light, from a natural or man-made source, is refracted to an observer who is tens, or even hundreds, of kilometres away, by an inverted mirage, or Fata Morgana,” he said.

“Named after the Morgan fairy, who was reputed to be able to conjure cities on the surface of the sea ice, the Fata Morgana has a real physical phenomenon, being caused by a temperature inversion.

“A cold, dense layer of air next to the ground (or sea, or sea ice) carries light far over the horizon to a distant observer without the usual dissipation and radiation, to produce a vivid mirage that baffles and enchants because of its unfamiliar optical properties.


Descriptions of the light vary from a few different colors to the colors blending into one light, to moving slowly to moving fast, to being fuzzy, to being well-defined. Witnesses sometimes report feelings of doom and the lights moving away as they try to follow.

Locals trying to explain the lights gave it a background legend - a building where visitors were killed and their belonging stolen. Even though the building was no longer there, the "bad vibes" and "ghostly visages" remained.

Many versions of explanations from glowing creatures, birds, and the like have been bantered about, but still the lights are not officially explained and have had hundreds of witnesses.

What are the Min Min lights? Until there are more witness accounts, evidence accrued perhaps on photos and video, and experts willing to take a look at it, they remain "unexplained phenomena."

Reading the accounts by witnesses, I realize why we Americans have always adored the Aussies. They are very practical about it, honest about what they are seeing, and rather fearless in pushing the limits to figure it out. Ultimately, they will find an explanation. Until then, sightings continue and witnesses ponder the possibilities.