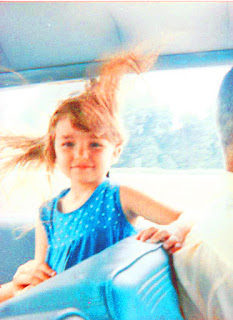 The magical age of 3 is important when it comes to developing and maintaining psychic skills throughout life.


By the age 3, there is a shift in our brain to understanding connections emotionally, physically and linguistically. These are all laid down during this toddler period. It brings us into the skills we will need to become a logical adult who functions in society.

We hear stories all the time of children who were raised without language or in the forest in a feral situation that have missed that window of learning language and others who were in orphanages in Eastern Europe who were not held or comforted who never understand reading faces, understanding emotions, or comforting others. Vital skills must occur in the development of a human so that he or she can graduate to being a functioning citizen (both connecting with others and communicating with others to be a citizen).

But, what if we have a window of opportunity to connect and communicate with the other realm and lay down permanent neural pathways?

Now, what I am proposing is that those of us who grew up in actively haunted locations from the ages of 0-3 are more likely to retain our connection to the "other world" than those older siblings in our family who, say, moved into the house when they were 6 or 8.

"By the time a child is three the brain has formed about l000 trillion connections, more than it will ever need. Many more communication tracks are laid down than can be used. So a weeding-out process occurs. Careful pruning is done, similar to the way that plants are pruned. By pinching back some things, others are allowed and even encouraged to grow in even richer proportions. The parts of the brain that are stimulated and used will develop and those that are not used will be lost. It's the baby's early experiences that determine which connections are kept and which don't survive. It is theorized that when a connection is used it becomes permanent, but when it is not used it is unlikely to survive."

Whereas older siblings might see, hear, and experience interactions with the haunting in the home, they are less likely as they age to take that skill with them and keep those connections open because they had encounters at a slightly older age. The under-age-3 sibling; however, was setting down those early connections in the critical period where being in that environment and then staying there, kept that child utilizing the pathway with the other realm. These children are more likely to become psychic mediums or have the ability to attract or connect with the other side throughout their entire life, so long as they don't see those pathways as being useless and stop using them. If that child lived in the house from baby-hood on to teens or adulthood, the pathways would become second nature for life.

"We don't view brain growth as stopping after age three; brains are plastic and we continue to learn throughout life. But this early age period provides us with a unique opportunity to enhance growth. Intervention is always valuable, but the responses to intervention that occur in the early years are relatively more robust than those that occur later."

This is my proposed theory: Before the age of 3, language, hearing, and vision are only just starting to lay down pathways. Vision goes from monocular to binocular, hearing acuity becomes more site specific and language gives us a very vast, yet in the scheme of our universe, limited vocabulary for what we are experiencing.

For a child under the age of 3, something occurs and they do not say "oh that is a ghost" or "that shouldn't happen," they see everything as something to observe and understand to gain necessary knowledge. Thus, neural pathways are being laid in regards to all encounters. Without any constraints on their world by the pigeon holing of description or logic, everything is natural including encounters that are of a spiritual nature.

If a child is exposed to these sorts of encounters from the other realm, they take these connections with them in their developing brain in neural pathways that enable them to re-connect with this realm again in a later age, but that is all dependent upon whether the child is moved away in childhood and discards the connections because they are no longer necessary.

But, if the child remains in that environment as he/she moves into adolescence and beyond, the pathways remain always and that budding adult can access communications and sensing things that others have not developed a sense to be aware of.

"The window of opportunity for vision, for example, takes place from birth to about six months. Children who are deprived of visual stimulation during this time will not develop the necessary neural connections, and may end up visually impaired.

For speech and vocabulary development, the critical window is open between birth and 3 years of age. The sounds a child hears in those years will largely determine the size of his/her adult vocabulary. In addition, children who are not spoken to regularly early in life do not learn to think conceptually as well as those who are exposed to a lot of spoken language.

A great deal of emotional development takes place during a child’s first 18 months. Infants need loving care from a consistent caregiver. There is no substitute for a nurturing environment. Without it, a child will not attain emotional stability.


Between the ages of 1 and 4, children develop the capacity to understand logic and mathematical concepts. There is also a great deal of evidence suggesting that experience with music at an early age may enhance a child’s mathematical ability. Children whose math and logic capabilities are not exercised during this stage may have more difficulty learning those skills throughout life."


So, essentially, a baby being raised in a haunted home is likely to not only encounter these things but have no name, no wording, no way of explaining them or putting them in a niche in his mind. He simply knows that, when someone is in the room who is not seen with the eyes, this sense is alerted (pathway being laid down). Now, 8-year-old sibling might sense something funny in the room, but she has language and understanding to explain away these encounters and have a limited ability to interact because she encountered it after language instead of before language, so pathways were not set in her brain to interact.

This is only a theory I have formed, but the more I get to talking to people with exceptional psychic medium skills, they appear to have had a window from 0-3 that allowed them to have such encounters and continue the skills if they remained in that environment long enough to not toss away the connections.

NOTE:  Some people might ask how they can encourage these skills in their baby without having to live in a haunted house and my best answer is - antiques and heirlooms. Give your child plenty of chances as a baby to be around, touch and sit upon, sleep upon family heirlooms, antiques, and other items that bring forth all the energy and memories left in them.  Utilize hand-me down books, toys and other items too. The more body of psychometric knowledge in these items the child is around, the more the child will get a feel for lots of variety of information that is held within. Some will be good energy, some kind of dark or sad, but it is all good for the child to develop a sense of "I know what feels bad"  by touching something. It might be a skill that helps a great deal as a teen and adult in evaluating situations in everyday life, that "gut feeling" we often refer to.

Much of what I touched my first years at my childhood actively haunted home included lots of relics right out of the ground, the entire house was filled with heirlooms and antiques. Touching things and knowing about the past people who touched them was second nature, but my much older siblings had zero skills.

Although some might see psychic skills at hocus pocus, something of a spiritual nature that is magic, it is really a skill. The skill can be developed with the right stimulus, just like a child might play piano if they have one in their childhood home. The information in the universe is out there, but the skill for discerning and interpreting takes repeated practice and exposure.

Even decades after doing my last infamous 3-point hook shot on the basketball court, I can still go back out there and perform it again. Once the skills are laid down by the time they are fully grown, they remain throughout life whether one chooses to use it or not. I may not shoot baskets as an adult, but my body still recalls how to do it from my final height of 5'8".

Hopefully this post has helped enlighten parents about what to look for and what to encourage. Children can sometimes be afraid of the extra information they receive from the universe, but you can help them understand they are observers and archivists and so they can remove themselves from being a participant in what they are learning.

I recall as a child sometimes digging up relics on our property, not liking the information they had in them, and tossing them back into the hole.

One day, my brother barked at me for tossing another bullet back into the hole. I didn't want to look like a sissy, so I fished it out.

As we walked back to the house, the bullet "told" me more about its origins. By sitting through the initial "uncomfortable" feelings, I learned more about the person who had shot it. And that person was scared, but determined. I went from "afraid" to "proud."

And so it is with your child and their skills; they can be taught to sit through it and they learn much about handling fear in life.